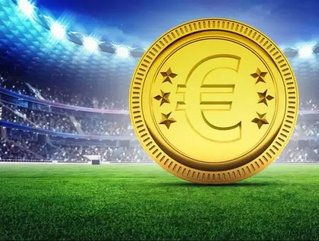 Major sporting events are always big business – pulling in visitors from all over the globe, stimulating local economies, and leading to the creation of new jobs and infrastructure. But is the forthcoming UEFA Euro 2016 likely to have an impact that spreads to the currency of the Eurozone itself? To put it another way: how will the Euros affect the euro?

Looking at the past, it's clear that sports events and their outcomes can indeed have knock-on effects on share prices, consumer confidence and ultimately exchange rates. These effects aren't always consistent or predictable, though: the 2012 London Olympics, for example, had a fairly negligible effect on the pound, and the Polish zloty suffered in 2012 despite the country co-hosting that year's UEFA Cup – even after fans boosted the Polish economy by an estimated £261 million during the tournament.

However, two years later the Brazilian real gained 5.5 percent against the dollar as the World Cup got underway - although the currency's value began to deteriorate shortly afterward. In 2010, the South African rand rallied shortly after tickets for its own World Cup went on sale. During the week of the final, foreign inflows into the South African economy reached a two-year high as investors poured money into the country's bonds and equities – and all this despite the South African team's early exit from the tournament. But the impact of sporting victories on a country's economy is interesting too.

According to research published by IG.com in 2014, winning the Ashes causes a rise of nearly ten per cent on average for a country's stock market in the six months following a victory. An English victory in Australia was associated with even higher average FTSE 100 gains of 17 percent, while an Australian win on home turf was linked with a nine percent gain on the ASX. (Happily enough, a defeat had no appreciable effect on the stock markets of either side).

Looking at the effect of sports events on the strength of a currency is one thing – but does it work the other way around? Financial analyst Nick Elliott believes so. In a thesis produced for Duke University in Durham, North Carolina, he explored the impact foreign exchange has on the performance of sports teams in international competition.

Analysing several decades' worth of data from the NHL and international soccer (including the UEFA Champions League), Elliott concluded that "an increase in the value of a team’s native currency has a significant, positive effect on that team’s international performance". Using the Real Effective Exchange Rate (REER) of 20 countries involved in the Champions League, he found a correlation between the strength of a team's home currency and its chance of winning a match.

There are many factors in play - but the short of it is that a stronger currency equals more purchasing power on the global transfer market. That the richest teams can afford the best players won't be news to anybody - but it's interesting to see the significant role foreign exchange plays in determining who the richest teams are in any international event.

What does all this mean for the effects of Euro 2016 on the euro? Past data suggests that any currency gains associated with sporting events tend to be temporary, and fairly short-lived at that. Although the tournament will almost certainly lead to more euros being purchased and more foreign money pouring into the Eurozone, it remains to be seen whether this will significantly affect the currency on the whole. While host country France will undoubtedly get a boost, it seems doubtful that the impact will be felt across all 19 member states.

International Currency Exchange (ICE) is one of the world’s leading providers of retail Bureau de Change and online foreign exchange services. Get excellent foreign exchange rates when travelling to the Euros by ordering your foreign currency online for home delivery at www.iceplc.com