How Coca-Cola is embracing Euro 2016 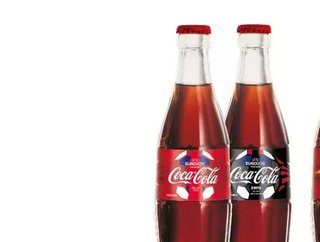 More than €1.26 billion will be generated in France thanks to Euro 2016. The 2.5 million fans filling the 10 stadiums throughout the tournament will spend €835 million, with another €352 million of revenue being generated in the fan zones across the country.

For official sponsors such as Coca-Cola, sporting events such as this represent a unique opportunity to reach out to consumers, innovate and test new ideas. The world’s most iconic drinks brand is certainly looking to do just this in France, utilising the advantage of being the only UEFA partner present in the 10 host city fan zones.

Manuel Berquet is General Director of UEFA EURO 2016 for Coca-Cola, the man in charge of ensuring maximum consumer impact, who has been working on the project since the final whistle went at the 2014 World Cup final in Brazil.

“We have a culture of best practice, change and learning from previous experience,” he says. “As soon as we finish an event like this we transfer all of the knowledge to the following event. When Brazil finished they came to Paris and spent a week with us talking about everything; what went well, what didn’t, and what we can do differently. I will do exactly the same with the next Fifa World Cup in Russia in 2018.”

Coca-Cola is everywhere. One of the lessons learned from Brazil was simply to provide more variety in bigger quantities, all of the time.

Each of the 51 matches taking place at the tournament will see Coca-Cola dispensed into a unique plastic cup bearing the colours of the teams playing, while a new aluminum bottle and sleeker can will also be launched during Euro 2016.

The company has also entered a partnership with Panini to provide stickers of the French players on special 1.5 litre plastic bottles. It will also provide photo booths in fan zones and cities which will enable fans to make their own selfie-style stickers.

At the games, 816 13-17 year olds have been recruited as flag bearers to accompany the players as they enter the pitch.

Away from the stadiums and fan zones, Coca-Cola is supplying 300 bars with eco fridges and WiFi to help fans without tickets to watch the games. “Unlike the UK, this tournament is only available on paid for TV in France, so many people will be going out to bars to watch the games,” Berquet explains. “Our aim is to make the football experience as big as possible.”

“As soon as an event like this comes around consumers want to be part of it. We will have between five and seven million visitors coming from around the world to be part of the atmosphere and celebrate the event. Out of these millions coming over, only 2.5 million will have tickets to the games and will be in the stadiums. Many are coming just to have a good time and celebrate the event, and for us this means a huge demand for Coca-Cola.”

Indeed, visiting Europeans will see Coca-Cola from the moment they arrive, with airport arrivals halls, baggage reclaim areas and train station concourses all labelled by the brand.

Asides from a huge increase in physical presence at transport hubs, stadiums, fan zones and in bars, Euro 2016 is being treated as a prime opportunity to innovate in the digital space.

The ‘Deliver Me’ app will be in operation at the two biggest stadiums, the Stade de France in Paris and Parc Olympique Lyonnais in Lyon. This is a pre-ordering system allowing fans to receive a delivery of Coca-Cola to their seat during games.

“I find that whenever I go to a game, at half time it is crazy to try and get a drink and something to eat,” Berquet says. “The Deliver Me app allows fans to order before or during the game from their seat and they will have their order with them inside two minutes. We have worked on this project for months and tested it thoroughly in the stadiums. All you have to do is put in your seat location and we will find you.”

A digital extension of the Panini partnership involves an app-based sticker trading platform. By scanning bar codes of Coca-Cola merchandise, fans can fill up digital sticker albums and swap with fellow collectors, giving a far greater chance of acquiring a complete set. Before the tournament started, more than half a million had signed up, trading more than 15 million stickers.

Coke TV is a dedicated YouTube channel, presenting real-time content from the tournament, including analysis by Arsenal manager Arsene Wenger, recruited by Coca-Cola as its expert voice. He will be commenting on the matches and progress of Euro 2016 as a whole in exclusive videos that will be posted on social networks.

Another partnership in the social sphere is with Snapchat, where the two parties will be providing exclusive filters for users to post images and videos. Increased real-time social media presence was something highlighted by the Brazil 2014 World Cup team, and Berquet is ensuring Euro 2016 will deliver this.

He adds: “We will have a social media and communication hub in Paris where we will provide and generate real time content. This will be staffed by 30 people who will share everything to fans on social media as and when it happens.

“Coke TV will also continue after the Euros, as everything we are doing can be applied to our wider business. These are not one off innovations we are coming up with - my work on strategy and innovation involves looking at what we want to be doing after the tournament because the legacy and long term business is just as important.”

Coca-Cola’s lasting legacy of Euro 2016 will also be felt at a grassroots sporting level. One of the 10 host cities will win a brand new indoor sports stadium courtesy of Coca-Cola in a bid to get teenagers active during the tournament.

“Another big change in consumer behaviour when tournaments like this are on is the desire to get out, practice and be active, inspired by the action on show,” Berquet says. “People want to play football during the World Cup and emulate athletes during the Olympics. What we are doing among the 10 host cities is holding a contest which challenges the cities to encourage their populations to be active.”

Coca-Cola is partnering with the French Football Federation and Ministry of Sport to deliver the facility and run the competition, which will be judged on the number of attendees at events, use of hashtags #moveParis, #moveLyon etc. and plans for the management and use of the stadium.

By ramping up distribution and innovation of physical and digital merchandise, rolling out new campaigns to consumers and encouraging locals to get out and be active, Berquet is convinced that Coca-Cola will make its mark in a big way.

He concludes: “I love sport, and this is a fantastic opportunity to bring something to the company and the nation. I am also enjoying the opportunity to build a team, much like you do in football. I played football so know the importance of teamwork and what it can do to business performance.

“It is also one of the biggest challenges and opportunities - building a great team for this event, engaging all of our employees and succeeding together. We have the team to win, I am sure of that.”