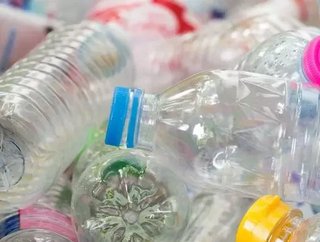 Coca-Cola (Western Europe) announces its plans to step up its commitment to transition to 100% recycled plastic bottles...

On its journey to eliminate new virgin oil-based plastics, Coca-Cola (Western Europe) has announced its transition to 100% recycled plastic (rPET) bottles in the Netherlands and Norway.

This transition follows its elimination of new virgin oil-based plastics in Sweden, switching to 100% rPET bottles in December 2019. As of October 2020, the Netherlands will transition all its local small plastic bottles to 100% rPET, with large bottles following in 2021.

This switch will add to the 50% rPET that already exists in the Netherlands, eliminating over 10,000 tonnes of new virgin oil-based plastics, and providing a 21% reduction in the country’s carbon footprint.

In addition, due the first half of 2021, Norway will switch to 100% rPET for all its locally produced bottles. The transition will remove 4,300 tonnes of new virgin oil-based plastics a year. This switch will deliver a 28% reduction in Norway’s carbon footprint.

In the Netherlands and Norway, Coca-Cola is reported to be the first company in the respective regions to switch their entire local portfolio to 100% rPET. These switches support the company’s ambitions in Western Europe to eliminate new virgin oil-based plastics in the next decade.

Contributing factors to the successful transition to 100% recycled plastics in the Netherlands and Norway is its rapidly expanding use of deposit return schemes. The company believes that a well designed deposit scheme can play an important role in the delivery of a circular economy.

“Coca-Cola in Western Europe is a firm supporter of the implementation of well-designed Deposit Return Schemes across Europe, recognising the role they can play as part of local, closed-loop recycling systems. We also remain committed to supporting innovative packaging and recycling technologies to help us to reach our target of 50% recycled content across all our plastic bottles by 2023,” added Franses.

As part of Coca-Cola’s Sustainability Action Plan the company has pledged that, by 2025 Coca-Cola will collect a can or bottle for every one that it sells and ensure that all its packaging is 100% recyclable.

In addition by 2023, the company will ensure that at least 50% of the content of its PET bottle will be from recycled content.