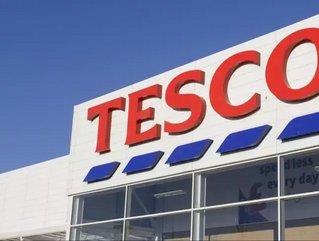 Profits stood at £145mn for 2016-17 but soared to nearly £1.3bn over its most recent 12-month period, remaining 'on track' to achieve its medium-term ambitions.

The results highlight the progress Tesco has made since recent difficulties, when rapid expansion and an accounting scandal resulted in it losing ground to many of its competitors in the sector. In 2014, it recorded a pre-tax loss of £6.4bn.

This time around, revenues rose by 1.3% year-on-year and operating profits by 76.6%, while the retailer's brand health has also continued to strengthen, with quality perception gaining 2.7 points and value perception 2.0 points.

"This has been another year of strong progress, with the ninth consecutive quarter of growth," said Chief Executive Dave Lewis. "More people are choosing to shop at Tesco and our brand is stronger, as customers recognise improvements in both quality and value.

"We have further improved profitability, with Group operating margin reaching 3.0% in the second half. We are generating significant levels of cash and net debt is down by almost £6bn over the last three years. All of this puts us firmly on track to deliver our medium-term ambitions and create long-term value for every stakeholder in Tesco."