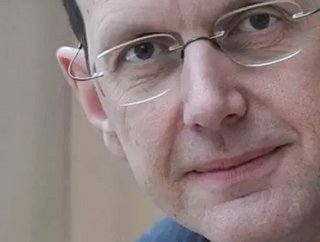 The Director General of the Confederation of British Industry (CBI) John Cridland has given the CBI's full reaction to yesterday’s Budget from George Osborne. On the proposal to rebrand the National Minimum Wage and raise it, he pointed out that small shops, hospitality firms and care providers are the businesses that will face real challenges in affording the new levels of pay, which will go up to £9.00 an hour by 2020. “Delivering higher wages can only be done sustainably by boosting productivity. Bringing politics into the Low Pay Commission is a bad idea,” he said

“This is a double edged Budget for business,” he continued. “Firms will welcome measures to balance the books and boost investment, but they will be concerned by legislating for wage increases they may not be able to deliver.

“Firms have been unwavering in their support for the Chancellor’s deficit reduction plans and will welcome the clarity that the new fiscal rules provide. Other standout measures include making the Annual Investment Allowance permanent at £200,000, which the CBI called for, as well much-needed investment in our roads network.

“The further reduction in corporation tax is a welcome surprise but tax reductions for employers don’t appear to match the businesses most affected by a rise to £7.20 in the National Minimum Wage next April – a 7 percent increase.

“The CBI supports a higher skilled, higher wage economy, but legislating for a living wage does not reflect businesses’ ability to pay. This is taking a big gamble that the labour market can absorb year-on-year increases of an average of 6 percent.

“Firms want to play their part in training up more apprentices but an apprentice levy is a blunt tool. A volunteer army is always better than conscription but the CBI will work with the Government to make the best effect of this measure.”