From apprentice to CEO – climbing the corporate ladder 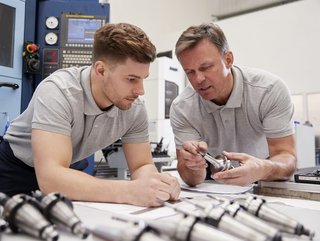 To celebrate UK National Apprenticeship Week, we spotlight 8 chief executives in Europe who began as apprentices and rose through the ranks to run the show

In a world that celebrates university degrees, which are often touted as the passport for high salaries and quick advancement, the value of an apprenticeship in providing a route to the top can sometimes be overlooked.

And yet, some of the world’s most successful and talented faces began life as apprentices: Walt Disney worked as an apprentice artist where he drew commercial illustrations for advertising; celebrity chef Jamie Oliver undertook a catering apprenticeship after leaving school; and Stella McCartney and the late Alexander McQueen both began their successful fashion businesses as apprentice tailors with Edward Sexton on Savile Row.

But, it’s not just in the creative industries where talented apprentices can climb the career ladder, in business too apprenticeship training can, and does, lead to roles in executive ranks.

In celebration of the UK’s 15th annual National Apprenticeship Week (February 7-13), we spotlight great eight chief executives who began as apprentices, worked hard, and rose through the ranks to eventually run the show. 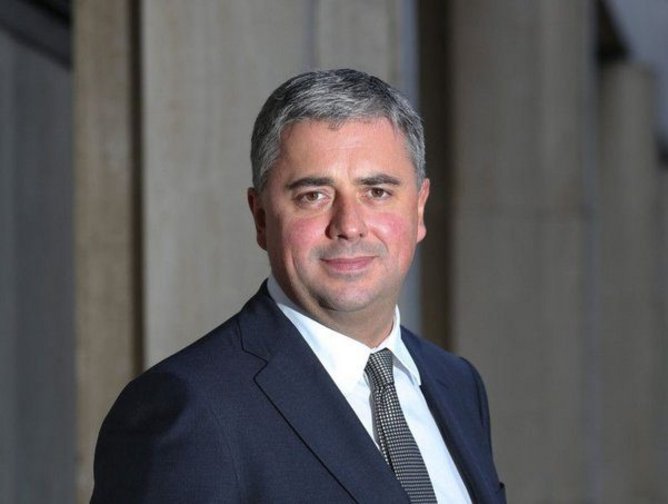 Stewart Wingate, CEO of Gatwick Airport for the last 12 years, began his working life as an apprentice at the toolmaker Black & Decker. The firm offered him a bursary to go to university where he received a first-class honours degree in electrical and electronic engineering and he spent 15 years at Black & Decker with responsibility for a wide range of functions. He was general manager of a startup manufacturing plant in the Czech Republic, operations director at the firm’s manufacturing facility in County Durham and European marketing manager based in Germany.

In 2004, Stewart moved into aviation at BAA Airports spending five years in senior management roles at a number of airports, including Glasgow, Budapest and London Stansted. He joined Gatwick Airport as CEO in 2009 where he’s spent the last 12 years. He is a chartered engineer and has an MBA. 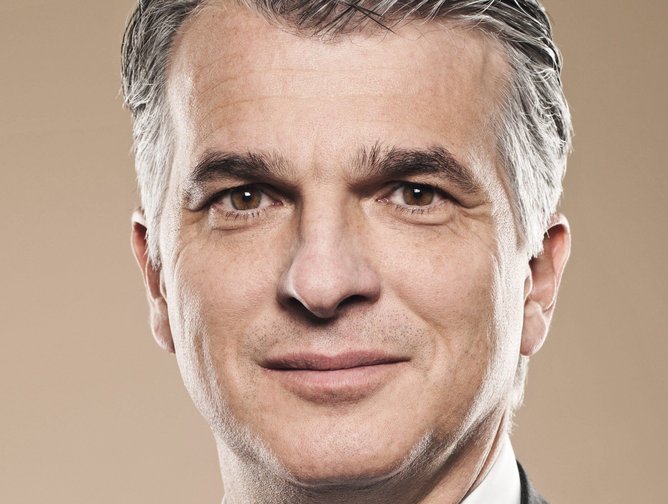 At 18 years old, Swiss national Sergio Ermotti undertook a stockbroking apprenticeship at the Corner Bank in Lugano, Switzerland where he learned all there is to know about selling and trading stocks. After seven years here, he moved to Citibank in Zurich where he traded equity-linked products and later served as its resident VP. He then moved to the Swiss office of US investment bank Merrill Lynch where he stayed for 16 years holding various positions in equity derivatives and capital markets and working in Zurich, London and New York, rising to co-head of global equity markets.

Sergio spent five years at Italian bank UniCredit becoming deputy chief executive before moving to Switzerland’s largest bank UBS where he served in a number of executive roles finally making group CEO in 2014. In this role, he was named the most successful manager of a company listed on the Swiss Market Index by Swiss newspaper Schweiz am Sonntag. He now serves as chairman of the board of directors at Swiss Re.

Considered one of the world’s most experienced and respected automotive executives with more than four decades in the industry, Andy Palmer began his climb to the very top of the car-making ladder as a 16-year-old technical apprentice for UK Automotive Products, a firm that manufactured brakes and clutches for cars. He completed his apprenticeship after six years landing his first managerial role at 22.

He then spent a number of years at Nissan where he held various management positions working his way up to COO and where he was responsible for launching the Nissan LEAF, the world’s first modern-day electric vehicle. In 2014, he moved to Aston Martin Lagonda in 2014 where he spent nearly six years as president and Group CEO. Andy successfully reversed the decline in retail sales of the car in his first year and quadrupled EBITDA over three years returning the company to profit for the first time since 2010. He also led the firm through its IPO in late 2018, not to mention launching four car models.

On leaving Aston Martin in 2020, he founded Palmer Automotive, of which he is CEO, and advises organisations pioneering innovation and the quest towards net zero carbon neutrality. He studied throughout his 40 years of working achieving a Master’s in product engineering and a PhD in engineering management. He is also a Fellow of The Institute of Mechanical Engineers.

He was made chief executive of Galliford Ty in 2005 where served in a number of leadership roles over a decade before retiring. However, he returned to the workforce two years later as CEO of Bovis, and was tasked with turning around the fortunes of the ailing house builder.

He led the Group in its £1.1bn acquisition of Galliford Try’s Linden Homes and partnerships business and formed Vistry Partnerships, creating and leading one of the UK’s largest housebuilders. Under his leadership, Vistry achieved £345m profit in 2021, up from £143.9m the previous year. He is set to continue until the end of 2022 before retiring for the second time.

German national Matthias Muller kicked off his car-making career in the 1970s at Audi AG where he undertook an apprenticeship as a toolmaker. He worked and studied his way up within the Volkswagen empire serving a number of roles including as head of the systems analysis division for Audi in the early 80s, head of project management for the Audi A3 in the early 90s, before assuming responsibility two years later for product management at Audi AG, SEAT and Lamborghini.

For five years, from 2010, Matthias served as chief executive at VW-owned Porsche during which time the brand saw rising sales and earnings before he was appointed CEO of Volkswagen in 2015 following the step-down of CEO Martin Winterkorn. He spent nearly three years in the role turning the German carmaker around from its diesel emissions scandal in record time. 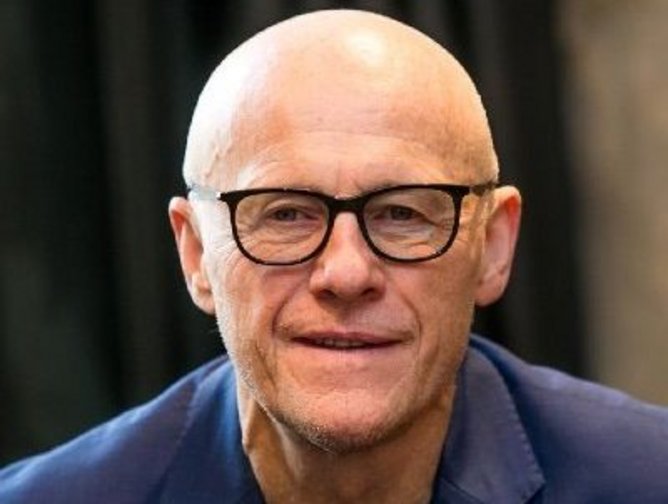 Staffordshire-born self-made billionaire John Caudwell, 69, dropped out of his A’Levels in the early 70s to take on an engineering apprenticeship at the Michelin Tyre factory in Stoke-on-Trent. He worked there for a number of years as an engineering foreman while gaining an HNC in mechanical engineering.

He spotted an opportunity and moved into mobile phones, founding a mobile service provider Singlepoint with his brother, which was then acquired by Vodafone in 2003 for US$650m. John then used his share of the money to start a new company, mobile phone retailer Phones 4U, which grew into the UK’s largest independent mobile phone retailer. It was turning over £2.25bn and selling 26 phones a minute when John sold the business for £1.5bn in 2006.

Since then, John has remained involved in business, from aviation to property and wealth management, and is a passionate public speaker on, and supporter of, apprenticeships. However, his primary focus has been charitable and philanthropic work through his charities Caudwell Children and Caudwell LymeCo, the former supporting more than 20,000 children and facilities and providing over £45m worth of services.

Mark Horsley has been CEO of Northern Gas Networks (NGN) for the past decade. He began his working life in the 1970s as a cable jointer apprentice with the North Eastern Electricity Board in York where he started out “at the coalface” and spent the first 10 years of his working life “digging holes and doing cable repairs” as he told The Guardian.

He has served in many different roles over the years across a wide range of disciplines working his way up to various senior appointments in the energy industry including head of power distribution at EC Harris, strategy and central programmes director at Scottish Power and COO at CE Electric UK.

Since taking the helm of NGN in 2011, he has transformed its approach to customer service, securing 12 national accolades and was awarded ‘inspirational leader’ at the UK Employee Experience Awards in 2015 in recognition of his innovative approach to employee engagement. Passionate about apprenticeships, as chief executive, Mark has himself extended the age limit for apprentices up to 30 employing quite a number of skilled ex-armed forces colleagues.

The rise of Italian visionary Leonardo Del Vecchio from 14-year-old factory apprentice to leader of the world’s largest company in the eyewear industry, Essilorluxottica, is nothing short of inspirational. At age 14, Leonardo undertook an apprenticeship at a car and eyewear parts factory to help put himself through design school.

He spent a decade there, learning the ropes, before setting up his own company Luxottica in 1961, at the age of 25, first selling spectacle frames and then contacts. From the 70s onwards, the billionaire began international expansion and acquisitions buying Vogue, Ray-Ban, Sunglass Hut and Oakley and rolled out licensing deals with big brands to make their glasses including Bulgari and Chanel.

In 2018, Luxottica merged with French lens maker Essilor, to form EssilorLuxottica, creating the world’s largest producer and retailer of sunglasses and prescription glasses. Leonardo, 86, is the largest shareholder and remains a chairman. He has a number of honorary degrees under his belt, both in business and engineering.