What lessons can be learnt from the collapse of Thomas Cook?

By Simon Bittlestone
May 19, 2020
undefined mins 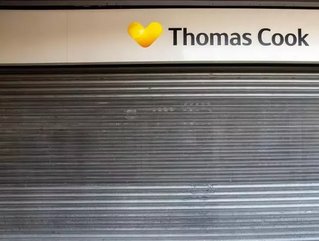 Simon Bittlestone, CEO of Metapraxis, shares his thoughts on the recent Thomas Cook collapse and the lessons that can be learned from the incident.

The collapse of Thomas Cook is the biggest high-profile business failure to hit the headlines this year, adding to the list of accounting and auditing missteps and signalling a serious problem at hand.

At the time of collapse, Thomas Cook’s Chief Financial Officer was Sten Daugaard, who took over the role from Bill Scott in 2018. Bill had held the position for less than a year before leaving after profit warnings had been issued. This change in personnel brought with it a change in the way accounts were reported. Against the advice of its auditors, accounting policies became more aggressive and began to include items that would ordinarily be considered exceptional costs.

Financial uncertainty certainly didn’t help, either. When Peter Fankhauser took over as CEO in 2014, the company was laden with £1.3bn of debt, and yearly interest payments totalling £170m. Similar to Patisserie Valerie earlier this year, many internal staff at Thomas Cook claimed they had no idea the company was in trouble. Yet, Fankhauser admitted to a huge £3.1bn balance sheet deficit following the collapse. How was such a monumental sum left unaccounted for? And with the stock market valuing Thomas Cook’s equity at £2bn as late as mid-2018, how was its imminent collapse so well disguised?

The collapse of Thomas Cook highlights inadequacies within the system and, unsurprisingly, the spotlight often falls heavily on the work of the auditor. This is not unwarranted – a recent inquiry by the Financial Reporting Council (FRC) deemed 1 in 4 audits to be below the acceptable standard, with not one firm reaching the 90% quality target in a FTSE 350 company audit.

While it’s clear that the industry needs some level of reform in order to probe further when examining clients’ accounts, we certainly cannot let auditors shoulder all the blame. Thomas Cook reported a £1.5bn first-half loss five months before its eventual collapse, but were consistently warned by its auditors that they had “significant doubt” as to whether the company could continue.

This is yet another indication that accounting treatments have become so complex that they are confusing matters rather than providing clarity. Whilst the implementation of aggressive accounting techniques should have been stopped, the fact remains that those not involved in this process should have had access to more effective management information, as this data would have enabled them to spot what was going on much earlier, and the subsequent impact it was having.

Financial analytics technology that makes use of intelligent algorithms will play a big part in addressing issues like these. Complex accounting treatments make it difficult to spot errors, so even when they do come to the surface, small inconsistences may have amassed into larger problems that are far more difficult to solve.

This kind of technology will allow finance teams and auditors to see, in real-time, how the business is performing and spot errors far sooner and more easily. Additionally, with sophisticated algorithms doing the ‘bean counting’ for them, finance teams will be able to focus on more powerful analysis. As a result, they will be able consider the bigger picture of the financial situation, and use this perspective to provide management with valuable insights.

Technology will also support integration of management and financial accounts. The latest innovations in areas like management information, statutory reporting and assurance will make it harder for problems to remain hidden. Greater collaboration in these areas will also give the board a heightened understanding of the entire business., preventing errors from going amiss and fostering a greater level of accountability.

With management information often produced by a number of siloed systems running at different times, it’s no surprise that errors are getting lost in the process. And, to make things worse, an audit tends to be treated as a totally distinct process. In the case of Thomas Cook, had more effective stress testing been conducted, and the results shared between management and auditors, there would have been much more time for the company to address its issues before it was too late.

As it stands, the stories are becoming too distorted and the finance skill sets too disparate. It is therefore essential that financial and management accounting processes begin complementing one another. Once this goal is achieved, the board will have a heightened understanding of the entire business and be able to see very quickly when something’s not quite adding up.