Would a Bayer-Monsanto merger result in higher food prices? 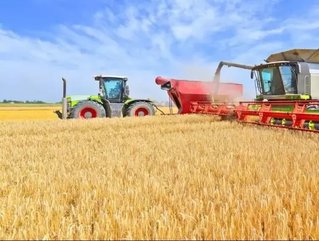 German chemical and pharmaceutical giant Bayer is lining up a bid for America agrochemical company Monsanto, a move which would create one of the biggest agriculture corporations in the world.

Both companies have released non-committal statements in light of the speculation, and many farming and agriculture groups have voiced concerns that this would reduce competition yet further after recent mergers carried out by the likes of Dow, DuPont and Syngenta. They fear it would lead to higher prices for them, which in turn could lead to higher prices being passed further down the supply chain.

Prof John Colley of Warwick Business School told The Guardian: “Monsanto certainly do not want to be bought by a European business. However, shareholders always have their price. No doubt Monsanto will reject the bid, but it will need to convince its shareholders that it has seriously considered the offer. A higher bid is likely.

“Demand is poor for agribusiness products currently due to low commodity prices. Overcapacity has led to poor performance and lower share prices, in turn providing opportunities for mergers.”

If another merger is to address this concern regarding poor performance due to overcapacity, then food prices may well rise if supply of seeds and sprays is to be brought under control i.e. made more expensive for farmers who would have a smaller choice of suppliers.

Monsanto, specialists in GM crops, said in a statement: “In response to recent media reports, Monsanto Company disclosed that it has received an unsolicited, non-binding proposal from Bayer AG for a potential acquisition of Monsanto, subject to due diligence, regulatory approvals and other conditions.

“The Board of Directors of Monsanto is reviewing the proposal, in consultation with its financial and legal advisors. Monsanto will have no further comment until its Board of Directors has completed its review. There is no assurance that any transaction will be entered into or consummated, or on what terms.”

If a Bayer-Monsanto merger was to go ahead, one company would control a huge chunk of the seeds and sprays market, perhaps giving farmers little choice but to up their own prices. However, competition authorities in the US and EU will no doubt have their say before any merger becomes a real prospect.