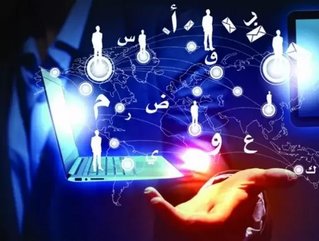 All available statistics point towards the Arab world as the next centre of internet boom.

The past decade has seen a monumental rise in the numbers of Arabic-speaking people getting online, with as many as 413 million expected to be attuned to the World Wide Web by 2015. Set against the two million of 2000, this represents a rise of 20,650 percent.

Even in 2011 there were just 65 million Arabic web users.

Couple this enormous growth with the realisation that Arabic speakers form one of the world’s wealthiest population segments and it is staggering to realise that only two percent of digital content can be found in their native tongue.

This is a massive disparity, compounded by the fact that in 2012 95 percent of Fortune 500 websites did not have an Arabic version.

As the internet and smartphone explosion gathers more and more momentum in the Middle East region, there is no better time to capture the native market and bring the un-doubted clout of digital marketing to the screens of the most economically powerful.

Caliber is a specialist in integrated SEO, content and social marketing, and has started working with clients to provide content experience in both English and native Arabic.

Ian Humphreys, Regional Director for the Middle East and protagonist of award-winning content marketing campaigns for some of the world's biggest brands including Ticketmaster, Tesco and TUI, believes now the time is right to maximise website optimisation by making offerings multilingual.

“Arabic content is an area of enormous potential in the Middle East,” he said. “It’s the native tongue of the wealthiest and most influential segment of the population, yet most companies ignore it and confine their marketing to English.

“Only two percent of digital content is in Arabic and this needs to change. While Arabs can speak and read English, it is always preferable to reach your target demographic in their native tongue.”

While the result is preferable for the end user who can surf the web in the own language, it is also viable for companies concerned with SEO rankings looking to get a step of international competition.

Humphreys continued: “Arabic content is a useful approach for website optimization in this market, primarily by helping your page rank when people search in Arabic.

“Google will be much more likely to serve a page in Arabic to a user who searches with those criteria. Currently, the vast majority of searches in the region occur in English, so it isn’t a game-changer but a way to gain a small, competitive edge.”

Companies looking to extend their internet reach into Arabic, and indeed other languages, need to invest first and foremost in the right people to deliver content in an engaging manner that is accurate in translation and thus primed for SEO.

For Humphreys this means finding and developing editors with an appropriate arsenal of language skills, able to

“Companies should invest in excellent multi-lingual editors,” he said. “A superb editor is the heart of any content operation as they set the tone of voice, ensure quality and bring the best out of their writers.

“Look at the world of journalism, The New Yorker may employ the best writers but it’s their editors that have made it an institution.”

Creating multi-lingual content in a non-English language will sit favourably with SERPs (Search Engine Results Pages) served in that particular dialect, especially if competitors are not doing the same. Getting SEO right from the outset is likely to be crucial when rankings come into fruition.

“If you are starting a business it’s crucial to consider SEO from the outset,” Humphreys added. “Companies generally make a litany of small, hard to avoid errors that can cripple them down the road. One hour of SEO before launch is worth five hours of SEO later on.”

Caliber has worked with a host of clients with a global presence, helping to optimise their offerings across multiple nationalities. These include Tesco, eBay, HSBC, Expedia, Ticketmaster and TUI.

As the Middle East continues to invest heavily in becoming a leading light in the technology, backed politically by Smart Government initiatives in the likes of the UAE, the potential for digital marketing and e-commerce is patently clear.

With more and more people discovering the internet via desktops, tablets and smartphones, the scope for Arabic content could not be greater.

“Companies that create well-structured websites, and invest in SEO and content will distinguish themselves from the competition and make a great deal of money in this rapidly emerging market,” Humphreys said.