Getting to grips with Google Plus 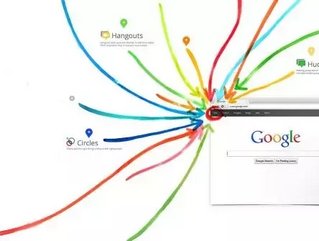 Barely out of diapers, social networks Facebook and Twitter have changed the way we work and play. Companies don’t just have Facebook pages anymore; they have all-singing, all-dancing mini-sites, run competitions to drive “likes” and have creative teams dreaming up new ways of “engaging with the fans”. Twitter is no longer just for broadcasting what you had for lunch; promoted tweets are a regular occurrence in our Twitter streams, and celebrities can make a tidy profit by endorsing a brand of trainers in a tweet.

But if there is one thing you can be certain of in 2011, as ever, it’s that change is the order of the day. And Google’s launch of its social network-esque site, Google+, in June means that business owners and consumers alike need to work out what this means for them.

At time of writing, Google hasn’t launched the business-focused side of Google+ yet, bar a few early tests with companies such as Ford and has been actively booting off any businesses that try to sneak in via a personal profile. But, apparently based on feedback since the launch, the search giant has said it is bringing forward the launch date of its Google+ business services.

In a July 14 blog post Christian Oestlien, Group Product Manager at Google, said the company was speeding up its development plans for Google+ for businesses. “Your interest has got us very focused on accelerating our development plans,” he wrote.Just a week before, Oestlien had said a trial with a select group of companies would take place over “the next few months”.

In response, Facebook very quickly brought out Facebook for Business – less a new service and more a guide to Facebook’s offering to companies, but certainly an indication that the 750 million member strong king of social networks is taking Google+’s arrival very seriously.

Irrespective of Google’s timing, it clearly has something up its sleeve for businesses, else why not launch Google+ for businesses at the same time as the rest of the platform? Oestlien blogged: “How users communicate with each other is different from how they communicate with brands, and we want to create an optimal experience for both.” And that “we will have something to show the world later this year.The business experience we are creating should far exceed the consumer profile in terms of its usefulness to businesses”.

At present, Ford’s test Google+ doesn’t look that much different to the personal Google+ pages. The main addition seems to be a tab called “Buzz” which features Ford’s Twitter stream: good news for companies that have spend time and money on building their Twitter following and were worried they were not going to be able to leverage that via Google+.

So what else can businesses look forward to from Google+?

These are Google’s bread and butter and certainly businesses are going to benefit from the extended reach of both. And breathe a sigh of relief that they don’t have to sign up to yet another ad channel. Just how Google will incorporate advertising into Google+ remains to be seen. On the search side, PC World pointed out that in early July Google stopped showing Facebook and Twitter content in its search results. The authors speculate that this is paving the way for Google+ content to be shown instead – a massive incentive for businesses constantly on the lookout for ways to improve their search engine rankings.

Many small and medium businesses rely on Google Apps for a host of business tools including email, software and instant messaging. Ducttapemarketing points out that these capabilities are going to be extended thanks to Google+. Huddle offers a group chat feature, while Hangouts is a group video service. Sparks is an online social bookmarking tool and Circles is the cherry on the top that allows you to segment your contacts into various groupings, including colleagues, as opposed to Facebook’s veritable free-for-all. This will make using Google+ for business relationships much easier: for instance colleagues won’t see the pictures from your cousin’s 30th birthday party, unless they have also been added to your friends circle.

Not so much a tangible tool, but this could tip the mood in Google+’s favour. On the face of it, it certainly appears that Google has paid careful attention to Facebook’s privacy travails and decided to take the moral high ground when it comes to allowing the user far more control over what they share with whom.  As mentioned, this makes using Google+ as a business tool as well as a social tool that much easier.

Other things for businesses to watch out for are e-commerce, mobile commerce, and how Google integrates Google+ with its maps. And, based on the flurry of interest from businesses and the over-subscribed trial, there is no doubt that Google+ is going to be a feature of most business’s online strategy very soon.