Google+ opens to the public 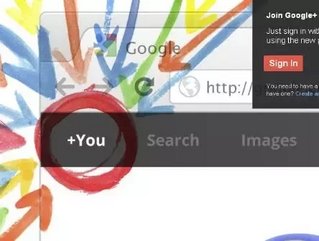 Search giant Google has announced that its latest social networking site, Google+, will now be available for sign-up from the public.

Since the launch of the site in June, users have only been able to sign-up to the service if invited by a friend.  Now that the 90 day field trial is complete, the go ahead has been given to allow anyone to join.

To coincide with this, Google announced on its blog that it will be adding a host of new features over this week. The firm’s primary focus seems to be the video aspect of Google+, which it had the advantage of introducing before Facebook. Mark Zuckerberg’s firm later signed a partnership with Skype in an apparent retaliation.

Google+ users will be able to participate in video ‘Hangouts’ of up to ten people at one time. They can share screens and a doodle pad or they can work on a Google Document simultaneously. Hangouts will even be able to be broadcast live to the public, in a similar vein to how Google’s YouTube allows its partners to broadcast live events. The feature, entitled ‘Hangouts on Air’, will debut on Wednesday 21 September with a live broadcast from Black Eyed Peas rapper will.i.am.

Google+ has also made its video services compatible with the Google Android mobile operating system. Users of a device running Android 2.3 or later and featuring a front-facing camera will be able to partake in multiperson Hangouts. The firm said that support for Apple’s iOS, which already includes a similar but Apple-specific feature called ‘face time’, will be added shortly.

The Google blog details every change made to the social networking site and says opening Google+ to the public is its one hundredth improvement. This announcement comes two days before Facebook’s annual conference for software developers of apps, F8.

Research company comScore states that Google+ has 25 million unique visitors a month. Google is yet to market Plus to its one billion monthly users of its search engine, Gmail and other services.

In July the search giant welcomed applications from businesses to trial Google+ company pages but it is yet to be announced when this service will go live. With so many additional capabilities in comparison to Facebook, Google+ is likely to be a great platform through which African companies can promote their brands.

Read more about Google+ for businesses