How do you solve a problem like the South African energy crisis? 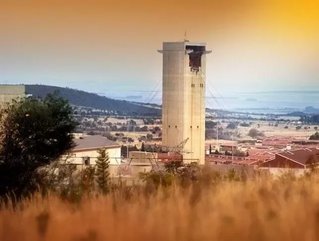 The South African government has had to dismiss a hoax statement which is going viral alleging that Eskom has notified government in a special meeting that the main grid could possibly crash and plunge South Africa into darkness for over two weeks.

But this does not mean the nation is trouble-free. On the contrary, South Africa is in the midst of an energy crisis and there has been multiple instances of ‘shed loading’ by leading firm Eskom, which is when it disrupts power supply to certain areas.

Acting Director-General of the Department of Communication, Donald Liphoko, said, “South Africans are assured that the country’s energy challenges are receiving priority at the highest level to resolve the situation. The message regarding Eskom is not true and is meant to create unnecessary panic. Load shedding is a controlled and planned method to ensure that the power system is protected from a total blackout.

“Government is confident that the measures it is introducing will ensure that the country does not reach a point of a complete blackout.”

Government stated it is committed to finding a long-lasting solution to address the current energy situation and urged people to refrain from spreading rumours. All electricity users, including residential, government, industries and business are urged to ignore the hoax messages. Eskom is the only source of information on issues pertaining to electricity.

“All South Africans are part of the country’s energy solution by adhering to the power alerts during critical periods which help protect the national grid. While it is important to consider all scenarios as part of planning, the national power grid is stringently managed so that we prevent any worst-case scenarios from taking place. Eskom and government will continue communicating with the public on any issues relating power supply.” added Liphoko.

Power utility Eskom has been rationing supplies for the first time since 2008 in order to ease the pressure on the national grid and the country is on tenterhooks. The power cuts are being blamed on poor maintenance practices stretching back many years, as well as derelict and poorly maintained power stations.

South African President Jacob Zuma said his priority is to solve the energy crisis in the country which is curbing output at mines, factories and stifling economic growth, including adding more nuclear power by 2023.

“We will pursue gas, petroleum, nuclear, hydropower and other sources as part of the energy mix,” Zuma said in his annual state-of-the-nation speech in Parliament in Cape Town on Thursday. “The country is currently experiencing serious energy constraints which are an impediment to economic growth and is a major inconvenience to everyone in the country.”

Zuma’s speech follows nine consecutive days of rolling blackouts implemented as demand for power outstripped supply. Eskom provides 95 percent of the nation’s electricity, and has warned of almost-daily blackouts until the end of April. The company is under immense pressure to find a resolution.

The power crisis has soured investor appetite for South Africa’s currency and debt. The rand reached a 13-year low against the dollar on Wednesday and foreigners dumped 6.9 billion rand ($590 million) of the nation’s bonds since 3 February, the first day of blackouts.