If you want to export, learn their language! 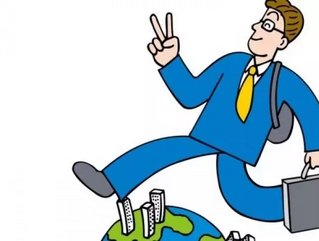 A new study by Professor James Foreman-Peck and Dr Peng Zhou launched last week in the House of Commons in partnership with the Association of Translation Companies (ATC), shows in stark detail the impact of in-house language capabilities on small and medium sized enterprises (SMEs) that export.

Roy Allkin, Chaiman of the ATC, says: “The government has repeatedly emphasised that expanding the country’s exports is a key strand of its broader strategy to rebalance the economy. Despite this, the UK has long struggled to improve its trade deficit. An earlier report by Professor Foreman-Peck clearly shows that poor language skills is costing UK plc £48 billion a year in lost exports. British businesses must take notice of this latest report, which emphasises that one of the secrets of export success is to have a language strategy in place to effectively communicate with target markets.”

As well as showing an increase in export to turnover ratio, the findings highlight that companies with in-house language capabilities are much more likely to appreciate the benefits of engaging external professional language services when exporting. Rather than one form of language provision replacing the other, SMEs with in-house language capabilities tend to adopt a twin-track approach to support their global business activities.

Professor Foreman-Peck, who is Professor of Economics at Cardiff University, says: “The results from this study point to the significance of languages for the bottom line of exporting small and medium size enterprises. While there are many factors that can influence export performance, the research was able to isolate many of the factors and give an accurate picture of the impact of language skills on SMEs when selling abroad. Having a strong language strategy by no means guarantees success, but it does increase the likelihood of it quite significantly.”