On-line recruitment is fast becoming a marriage made in heaven 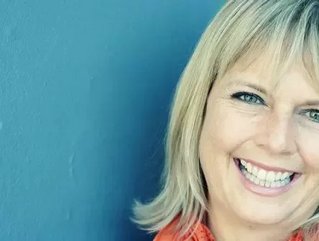 Apparently almost one in five people who got married in the last three years met online. In fact, online is the third most popular way of meeting a partner, after meeting through a mutual acquaintance or at work or school.

So how does it work for that other important, long-term relationship in our lives? the one between employers and employees. Unsurprisingly, these introductions are also starting to be made online as well, with a new layer of service providers emerging to use the internet to improve the way we recruit.

There is no denying we are more connected now than we have ever been – thanks to digital and social media. And that we are using this connectedness to find jobs and employees.

According to US online recruitment site Careerbuilder.com, two out of five companies use social networks to research candidates. Of these, 34 percent have not hired someone based on what they saw, while 29 percent have decided to hire, someone thanks to their social network presence.

Of the companies who don’t use social networks as part of their recruitment process yet, 11 percent plan to start, says the report. The social networks that these companies are using to check up on potential employees are Facebook (65 percent), LinkedIn (63 percent) and Twitter (16 percent).

As individuals seeking employment, our ability to tap into our network is greater than ever before; as is our ability to keep in touch with “loose” alliances, such as your first ever manager or university professor, which could help us find out next position but in an analogue world might have fallen by the wayside.

We now have the ability to directly approach dream employers, get the inside scoop on upcoming vacancies, and hopefully bypass the whole CV, covering letter, endless wait process usually associated with applying for a job.

As well as this informal use of social networks to find jobs, or employees for that matter, a new breed of recruitment services has sprung up to fill the gap between ad hoc networking, offline recruiters and wading through online job boards or a deluge of inappropriate CVs.

Two South African examples are JobCrystal*, launched in 2010, and the newerHiring Bounty, launched into beta in July 2012.

JobCrystal, www.jobcrystal.co.za, claims to turn the recruiting process on its head by offering a service akin to a head hunter – ie matching employers with happily and gainfully employed people to choose from, rather than only hiring from the pool of disgruntled employees looking for their next opportunity.

JobCrystal’spricing however, is lower than that of a recruitment agency. The average cost of hiring through a recruitment agency is 15 percent of annual cost-to-company, which means that hiring a sales manager at R25,000 per month CTC would cost a company R45,000.

JobCrystalhowever charges a flat, once-off fee, the highest of which is R15,000, which is substantially lower than using an agency and also makes budgeting much more predictable.

JobCrystalallows companies and candidates to talk directly and the online recruitment portal also gives business owners in-depth analytical tools to quickly identify the most appropriate candidates for their company.

Then, they can filter these candidates according criteria such as industry experience, BEE rating and suburb to ensure a better success rate at the interview stage. JobCrystal is being used by brands such asFoschini, Shoprite, Santam andTruworths.

New kid on the block, Hiring Bounty, www.hiringbounty.com, from the Quirk Labs stable, wants to superpower your network by enabling crowd sourcing of new employees. Employers post their positions with a “bounty” which is paid to anyone who refers a successful candidate. A similar bounty is paid to the candidate (if they refer themselves they get two bounties) as well as to Hiring Bounty on a job offer being accepted.

The start-up says that by leveraging trusted networks between people, Hiring Bounty is able to identify skilled candidates and place them in better suited jobs, faster and at a lower cost, when compared to recruitment agents. Managing director Greg Schneider says: “Hiring Bounty plans to capitalise on the connections of people to make recruiters obsolete.”

Bounties range between R2,000 and R10,000 for each of the three parties, and the service is already being used by Woolworths, Groupon and Cerebra, amongst others.

Vanessa Clark is a journalist by training who thrives on telling the story of innovating companies. Over the last 10 years Vanessa has fulfilled a variety of marketing roles spanning PR, communications, branding, digital media and sales support. She has worked in Cape Town and London, dealing with businesses as far afield as Mumbai, Frankfurt, Sao Paulo and San Francisco, building brands in new territories. Before joining Mobiflockas a founder member, she ran her own marketing and communications consultancy. Previously she managed the marketing and communication activities for Clickatell, the mobile messaging provider, as it grew its Internet and enterprise sales activities globally. Before that she helped London-based Band-X, the world’s first bandwidth exchange, to expand into eight countries; and was news editor at Total Telecom.com

You can find her at www.mobiflock.com; [email protected], or on Twitter: @vanclark.