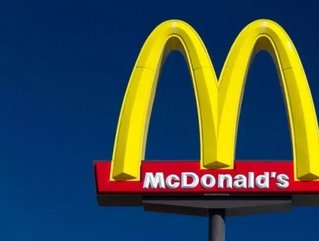 The world’s largest fast food chain McDonald’s will sponsor the 2022 football World Cup in Qatar, extending its deal beyond the 2018 tournament being hosted by Russia.

Young mascots who walk out onto the pitches with the players will be sponsored by the food giant, with other FIFA sponsors including Coca-Cola, Adidas, Sony and Visa.

McDonald's, often criticised for encouraging unhealthy eating habits amongst people of all ages, sponsors huge numbers of sporting events including the Olympic Games despite its unhealthy image.

FIFA, organising body for Qatar 2022, has been under pressure from the above blue chip supporting companies to properly investigate allegations of bribery and corruption surrounding the tender process for the tournament.

Qatar’s bid has been criticised in many footballing circles not least because of the country’s lack of pedigree in the sport. The extreme heat has also drawn concern with the most likely solution being to move the competition to the winter, clashing with many domestic leagues around the world.

German sports brand Adidas has signed up as a FIFA sponsor until 2030, but publicly expressed its concerns over the current state of affairs at the organisation, still headed up by Sepp Blatter.

Adidas said: "The negative tenor of the public debate around FIFA at the moment is neither good for football nor for FIFA and its partners."