More than a million reasons to engage with social media 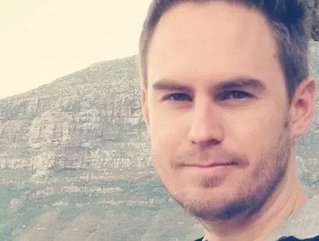 One of Africa’s leading online travel booking companies, Travelstart,  is celebrating a huge social media marketing success after taking its Facebook fan base from just 200,000 to one million in less than a year.

The company hit the milestone million in October 2013 and then proceeded to add another half a million by the end of the year and today boasts more than 1.6 million.

It also has 10,000 twitter followers and around a 50,000 Google+ following thanks to its forward-thinking marketing strategies. It also has a presence on other channels such as YouTube and Pinterest.

Social Media Manager Nick Paul said: “As a travel company which conducts the vast majority of its business online, social media has proved invaluable in providing us a place to present the human face of the company and make our brand more recognisable and approachable.

“Oftentimes, Facebook is the first place that a user will learn about Travelstart and with advertising on Facebook in the developing world still being very cheap in comparison to developed nations, it’s a channel which makes obvious sense to exploit.”

The company which has its global headquarters in Cape Town, South Africa, currently has online operations in 10 countries, including Namibia, Tanzania, Kenya, Nigeria, Egypt, Turkey (where it trades as Geziko), Bahrain, Qatar and the United Arab Emirates.

It also has a generic Africa site for travellers in other African countries to book flights online and offices located in Dar es Salaam, Nairobi, Lagos, Cairo and Istanbul employing some 150 people.

Paul explained that getting to 1.6 million Facebook fans been no small task and in fact has taken years of dedicated work on the platform to grow its fan base from just 2,000 when he first took it over.

He said: “It required broadening our efforts not just in South Africa, but to numerous African countries where we have a business presence.

“It also required us creating a mix of effective advertising and the generation of useful, interesting content.”

The proliferation of mobile phone use in Africa, and the fact it is often the first tool through which many Africans engage with the web and use applications such as Facebook and Twitter, has played a major part in Travelstart’s decision to utilise social media.

Consequently, the company began to focus on growth through advertising, to increase the reach of its content.

“Facebook is not just another email newsletter or a billboard service and we realise that when working on social media, we are effectively guests as somebody else’s party,” said Paul.

“So it’s important to remain social and personable as a brand and refrain from traditional mass marketing messages in favour of generating and engaging in meaningful conversations with customers.

“As such we use Facebook a lot for customer service as well as a tool to gather information to produce useful content for our customers. For example, we identify common questions so as to be able to produce informative content which answers these questions for existing and potential customers.”

Travelstart has found Facebook to be its most rewarding channel in terms of engagement, lead generation and booking.

A recent study has indicated that Facebook’s latest changes to its algorithm and post formatting have increased the lead it has on its competitors, in terms of generating website visits, which is something Travelstart has observed with its own business.

In terms of tangible results, Travelstart’s Facebook strategy has worked well to inspire customers to travel and investigate its services, and helped enormously in building trust in the brand.

“It is probably more helpful to look at Facebook’s business value rather than the traditional marketing metric of direct return on investment.

“This means looking at the number of customer queries handled there or the reach our content has on an audience who has not yet heard of our brand.”

Needless to say, Travelsart’s social media strategy is still evolving and Paul anticipates it will continue to do so and the company will be increasingly open on Facebook and the other sites it uses.

He said; “We are also looking at producing more online video content to maximise the exposure Travelstart has on multiple platforms.”

He also believes that other African companies could equally pull off a similar coup as long as they have their shops in order to start with.

“You have to ask some fundamental questions: Am I prepared to listen and respond positively to every customer? Am I 100 percent confident of my product? Is my existing customer service impeccable?

“If the answer to these three questions is a confident yes then you are ready to get involved with social media.

“That being said your brand is already being discussed on social platforms, every minute you are not facilitating those conversations is a minute lost.”