Q&A: The Future of Mobile Marketing in Europe 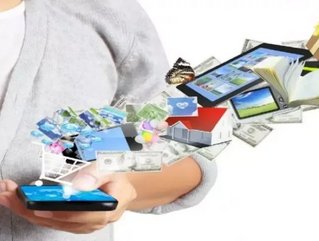 According to IAB Europe’s recently-released 2013 AdEx Benchmark report, marketers spent 130 percent more on mobile display than they did in 2012. Last year mobile accounted for a sizable 11.5 percent of the €27.3 billion spent on online advertising.

Alongside this growth, Celtra has witnessed of 200 percent year-on-year expansion, with Europe a key driver of this upsurge in fortune.

Here EMEA General Manager Jonathan Milne discusses what the future has in store for Europe in the mobile marketing sphere.

BRE: Mobile advertising has been around for a few years now – what are the major changes you have seen?

So this is now a very real and significant channel for advertisers. We’re also seeing the merging of mobile and desktop advertising, which have previously been two silos inside advertisers’ minds.

The introduction of HTML5 technology means user interactivity and engagement is now possible across all screens. As we see mobile overtaking desktop in the near future, the notion of mobile first cross-screen will be something that advertisers and agencies embrace to ensure they can have one team building one set of consistent creative that run across all screens – and deliver a single set of comparable metrics to help them understand performance.

Can you explain what is meant by cross-screen capabilities, and the importance of this in terms of advertising?

When we say cross-screen we are speaking in relation to how consumers use multiple devices today. Consumers use a combination of smartphones, tablets, desktop computers, and other screens, and HTML5 cross-screen advertising enables one single, synchronised set of ad creatives and ad assets to run across all of those screens and reach the consumer – whichever screen they may be using – in a complementary, engaging manner.

Having one platform that enables advertisers and brands to achieve this – to have this same, integrated consumer experience and brand message cross-screen – is vital and will deliver better results in terms of user engagement and ultimately sales and success.

What does the future hold for mobile advertising, and what lies beyond the smartphone screen?

We predict a progressive move towards cross-screen advertising, where mobile, tablet and desktop will simply be different screens through which an advertiser will access consumers and interweave their message into one cohesive campaign.

We also see a move towards ‘viewability’ being used as an increasingly important metric for advertisers and agencies. This provides certainty that their ad was indeed viewable and seen by consumers – subsequently delivering more transparency and more insight into the value they’re getting from the media spend they’re investing.

Beyond viewability and beyond cross-screen, the capacity for the creative to dynamically change – which we call ‘dynamic creative optimisation’ – promises to allow advertisers the ability to optimise the content of their ad based upon how users engage with it over time.

For example, if there are particular videos or images that appeal to consumers more, the content of the ad will change to weight delivery of the advertising to show more of these drivers of engagement.

Similarly, we are seeing more and more optimisation of media buying based on how the consumer engages with the ad. So as an agency buys media from a number of different suppliers and publishers, those media buying points which are driving greatest engagement and eliciting consumer reaction will be pushed and weighted forward.

These two facilities – to dynamically optimise both the creative and the media – will be important factors in the future as advertisers look to get stronger ROI from their mobile and cross-screen advertising.