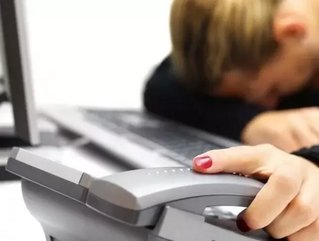 With complaints to UK watchdog Ofcom continuing to rise in Q1 2014 and almost 15,000 complaints a day made about financial services organisations in 2013 to the FCA, companies must be prepared to do more than ever to retain customers in the wake of a negative experience, according to The Grass Roots Group.

The prevalence of social media has meant that negative interactions with a business spread to twice as many people as positive ones, and a massive 65 percent of consumers now rely on Twitter to get in touch with companies rather than going through a call centre.

This very public and immediate way of complaining could be extremely damaging for those companies who don’t react in the right way, and result in them losing existing customers as well as alienating new ones.

Figures have shown that reducing customer defection rates by just five percent can increase profits by between five and 95 percent, making it all the more important to respond to unhappy customers at the right time and in the right way.

Indeed, responding with the right gesture has been found to increase customer retention rates to a massive 70 percent.

Vikki Zelkin, Head of Client Services, Promotions and Incentives at The Grass Roots Group, said: “A simple and timely gesture can mean the difference between a customer sticking with you and singing your praises, or shouting about their bad experience all over social media where it will spread like wildfire.

“The first step is to resolve the issue as quickly as possible, following up with a timely and unexpected gift to show that you value your customers, making them think twice abut taking their business elsewhere.”

“However, it’s not just those who shout the loudest that could be damaging for a business. For every person that does complain, there are 26 who stay silent, choosing to show their dissatisfaction by defecting to a competitor. Businesses therefore need to ensure they are not only responding to the vocal minority but the silent majority.”