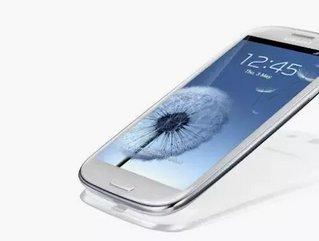 Samsung are looking to Africa to enhance its influence further afield. The latest Samsung Galaxy SIII smartphone was launched in Johannesburg on Friday but this is set to be just the opening gambit as part of a general charge on developing markets.

50,000 handsets were pre-ordered within South Africa, prior to the launch, indicating a general change in consumer trends among the middle classes across the continent.

Samsung is now looking to use this as the starting point for a complete assault on the market, aiming for specific growth in Africa, to go alongside expansion in similar global regions too.

The cost of some of its devices was thought to be a potential issue, but Samsung has declared its intentions to offer a varied enough range of products to suit all sectors of industries and the public.

At present, 65 percent of the South African smartphone market is dominated by BlackBerry, due to the BlackBerry Internet Service, but Samsung expects the African market to slowly conform to global trends that it is currently experiencing. The Korean company recently overtook Nokia as the largest manufacturer of mobile phones around the world, with its market share rising to 25.4 percent.

Craig Fleischer, head of mobile communications at Samsung South Africa is optimistic for the future of the company in the developing country: "South Africa and the African continent is a massive focus for Samsung - not only from a mobile phone perspective, but also from a holistic perspective.

"We have strong confidence from our partners in South Africa, and it will be very interesting to see how the sales look. We predict significant growth for this product.

"We have our Build for Africa programme where specific devices and units, not only on the mobile device front, but across the range, have been specifically built for Africa for Africans."
Samsung produces a range of consumer devices and Fleisher said that success in Africa could lead to further penetration into Africa.

"The South African market is a unique market. We are the stepping stone into Africa and it's a very important market for Samsung and we have invested significantly here."