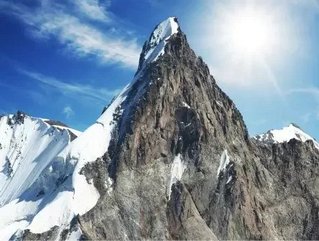 While I believe that many fundamentals remain the same, there is no denying that in the fast-paced social media marketing world, you need to keep your wits about you to stay on top of the game.

Here are my top five social media trends from the past couple of months:

For some time Facebook has been saying that it is fast becoming a mobile company. And the latest stats show that more than half of its 900 million odd users access the network with a mobile device. In South Africa, according to Social Bakers, 80.5 percent of 4.6 million SA Facebookers are mobile, while in Nigeria slightly more, 81.5 percent of 4.3 million users, are mobile. This is hardly surprising, seeing as we are such a mobile-only continent.

Indeed, according to the latest stats from research house World Wide Worx, 7.9 million of South Africa's 8.5 million internet users go online using their cellphones. 2.48 Million only ever use a cellphone. Smartphone users are forecast to rise to 11 million + in 2012, from 8.5 million today.

What is surprising though, is that according to its IPO documents, Facebook has not earned any revenue from mobile. To be sure, the mobile Facebook user experience is not the best, and has no advertising or application integration. But it is likely, especially after a raft of acquisitions in the mobile space – notably Instagram earlier this year – that Facebook will be upping the ante when it comes to mobile and making money from mobile.

Businesses have discovered LinkedIn – especially the financial services, recruitment and property sectors, based on the requests I have received to link up. But they could do better. While pretty much all connections on LinkedIn have some sort of professional networking element to them, I usually have met the person or it is very clear why they are wanting to connect: we're in the same industry, for instance. More recently, there seems to be a very passive trend emerging, where the estate agent, finance advisor or recruitment agent doesn't bother to explain why they are wanting to connect and never engages again, which seems like a bit of a waste of time. I'd suggest these online networkers would do better to browse the Q&A section of LinkedIn, where they can actively engage with a potential customer by answering a question or providing information and so building a relationship. Another good resource is Quora, a dedicated question and answer site, is starting to be used more often in South Africa.

Thanks to its integration into Facebook, Pinterest has grown by leaps and bounds this year. And where there is a gathering of consumers sharing their likes and preferences – as they are doing on this social network organised around shared online pinboards – brands following very soon. Some brands, such as Yuppie Chef in South Africa, are getting this right. But others, based on the communal groans that seem to be coming from the Pinterest fan corner, too many are getting it wrong.

4. Brands are slowly starting to close the loop

Social media campaigns are starting to move beyond generating “likes” and retweets for their own sake, to actually generating sales in the real world. One competition which has just started using the Evly platform on Facebook asks customers to enter by sharing a recipe using a certain type of Spekko rice, along with a photo of the dish and the rice. Unfortunately however, there seems to be little integration across the marketing teams – my local supermarket didn't have the specific rice in stock, and there was no point of sale tie in to the Facebook competition. It will be interesting to see the results of the campaign, but one suspects these could be improved with some real world tie in.

The trend here is that we continue to see little take up of either of these services, which seem to fit so well with both social and mobile. There was a brief flurry of excitement amongst SA social media commentators in May around a clever QR code campaign launched by Guinness, but it doesn't seem likely this will be launched locally any time soon, if at all. To be fair, QR codes are starting to creep onto the backs of wine labels and other consumables, but really as little more than a clever way to provide more information about the product. I'm hoping there is more to come from both these technologies.