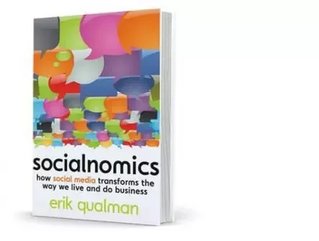 Social media has taken the world by storm. Facebook consistently achieves the largest amount of weekly traffic in the US; one in every eight couples married in the US met via social networking portals and incredibly social media has overtaken pornography as the number one activity on the internet.

Erik Qualman, author of Socialnomics and prominent commentator on social media, says: “We don’t have a choice on whether we do social media; the question is how well we do it.” And this comment is put in perspective when one considers that if Facebook were a country, it would be the third largest in the world; its influence is incomprehensible.

Social media is no longer dominated by teenagers but is rather the hub of social commerce, utilised by millions of people every day. Global companies have embraced the social media phenomenon, recognising the scope and demographic of customers they can reach relatively cheaply, easily and perhaps most importantly, instantly.

In 2009, Jon and Tracy Morter ‘raged’ war against Simon Cowell by assembling a ‘ragetribe’ on Facebook to relegate the bookies favourite - X Factor winner, poor and unsuspecting Joe McElderry - to Christmas No. 2 by encouraging all 557,074 members to download Rage Against the Machine’s, Killing in the Name, demonstrating the global impact one man and his Facebook page can have.

The potential impact social media creates can also be utilised in more productive ways by reaching out to underdeveloped parts of the world. “One thing that is brilliant about social media is the way it opens the barrier of entry into the global spotlight for many small companies,” says Qualman. “If you want to start a business in Africa and you cannot afford a shop or even a website, historically you would have failed at the first hurdle. However, avenues and platforms like Facebook and Twitter enable companies in the developing world to launch their businesses and begin taking transactions for virtually no fee and no entrance costs.”

Another aspect of social media opening the gates for underdeveloped areas of the world, namely Africa, is the new mobile tools available on websites such as Facebook, LinkedIn, Twitter, and YouTube. Large manufacturers have, in the past, faced criticism for high product turnover; however Qualman suggests that such a high rate of product development has made powerful electronic devices more accessible in third world countries.

“The biggest global developments happening at the moment are related to the introduction and development of mobile tools,” he explains. “Ten years ago, developing countries began using mobile phones in favour of landlines as high product turnover meant that recent mobile models were becoming readily available at relatively cheap prices. Advancement in technology is hugely beneficial in developing parts of the world and we are about to see evidence of this once again with the introduction of tablets. As a result, smartphones are going to become relatively inexpensive and more accessible in developing nations. Mobile and social media work hand-in-hand and with the introduction of these phones worldwide, global communication will be driven forward exponentially.”

The introduction of mobile tools is particularly important in this development when one considers how much cheaper mobile smartphones are than computers and laptops. With access to the internet being extended to mobile phones, the impact social media can have is multiplied substantially.