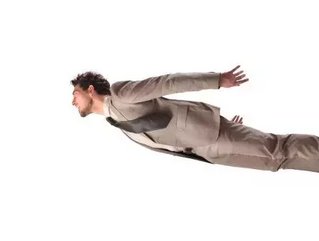 The power of social media is having a major impact on the business world in South Africa where companies both large and small are realising the ever-increasing need to harness it more effectively.

Rather than just jumping on the social media bandwagon, savvy brands are already using it as a customer service tool and trying to channel it more to achieving their business goals.

In the thick of the digital world is Lynette Hundermark, Head of Product Strategy for one of Africa’s most prominent, full-service digital agencies Prezence Digital.

She said: “Businesses realised they needed a presence on social media, but it was only when consumers found they had a platform to complain about goods and services that they really started jumping on the bandwagon.

“Now larger brands are using it as part of their overall business strategies and looking at the holistic picture rather than just adding social media as a bolt on.”

Hundermark, a self-confessed techno-geek , has an impressive 10-year-long career in IT which included working for the MIH Group before moving to Prezence Digital where she works to produce the best possible strategic long-term mobile solutions to meet client’s needs.

Established in the UK in 1998, Prezence Digital expanded into South Africa in 2002 and now has studios in Cape Town and Johannesburg. Initially, it focused on the movie and music industries.

According to Hundermark all the top social media platforms including Twitter, LinkedIn, Facebook and Yammer are well utilised in South Africa, as well as the homespun site Mxit.

“In South Africa, Twitter is widely seen as the more business-orientated platform and I know people in the digital world, which I am involved in, who are very busy so find it is much quicker and easier to read 140 characters than to say log on to Facebook,” she said.

The power of Twitter recently helped her personally resolve an issue with her home internet connection after she complained to her provider Telkom.

“For weeks I had been having problems and it was becoming impossible for me to work at home so early before work one morning I tweeted a complaint.

“In the half an hour that it took me to get to work I had a reply from Telkom and by the end of the week they had redone my line. They also followed up to make sure everything was working OK.

“This is an example of how companies can improve their customer service just by monitoring social media platforms and responding to them. Using social media to keep the customers you have happy is really what companies should be leveraging right now.”

Linkedin, more commonly known as a site for connecting professionals in the business world, does not receive such a favourable press from Hundermark.

“At the moment in South Africa Linkedin is acquiring a poor reputation because it is increasingly being seen as poaching ground for recruiters.

“Again I have some personal experience where people on LinkedIn I have never worked with or met before have sent me salary surveys asking me to rate their performance. How can you do that, if you have never even worked with them?

“I feel there needs to be some rules adhered to and people need to be more cognisant about LinkedIn before it is taken more seriously as a business platform.”

Prezence Digital is currently growing and developing its own social media department. “We do find it is a lot more effective to use social media for customer feedback on our products,” she explained.

“I have alerts set up for all my product launches and just  last week there was an issue with the payment service which had gone down and I was able to react immediately and notify the right people before the problem escalated,” she said.

As for the future of social media, Hundermark believes that it will become a part and parcel of the business world which will find ways to develop and add value to products and services.

But with the ever-changing pace of new technologies, there will undoubtedly be something new and different on the horizon.