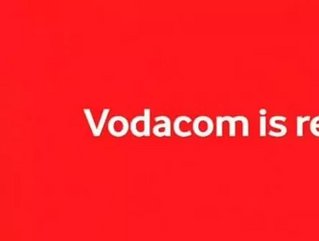 The battle of the South African telecom giants has been reignited with Vodacom’s massive rebranding initiative, unveiled on Friday.

Vodacom has changed its logo and branding to red from blue, emphasising its focus on promoting the Vodafone centric brand – its parent company based in Britain, which has always been synonymous with the colour red.

Vodacom has also adopted a series of slogans such as “Red is more”, “Red is faster” and “Discover the possibilities with Red”, with the tagline “Power to You”.

Vodacom Group Chief Executive Officer (CEO) Pieter Uys stated that the campaign was much more important than a change of colour.

Can Durban 2020 live up to the success of the World Cup? How to raise an online profile in Africa Top smartphones: Opening doors to a communications revolution

“’Power to You’ isn't just our advertising slogan - it's a new approach and new direction for Vodacom. This isn't a once-off change, it's a journey and I'm confident that as the weeks and months unfold, you'll find the changes run much deeper than simply turning from blue to red,” he said.

The company is spending millions re-launching its image, backed up by a series of adverts. In one (pictured), the character wakes up to find everything in his life turns from blue to red, making him instanlty happier.

Rival Cell C, whose slogan is “The power is in your hands” has mocked the company’s campaign in their Google adverts, hitting back with “Red means Stop”, urging consumers to “Rather keep browsing with Cell C at only R299pm for 5GB a month”.

Cell C CEO Lars Reichelt also had a dig on his personal Twitter account on Monday, tweeting “I'd rather be in the black than in the red... since Friday that feeling is particularly strong ;-)”.

Both Vodacom and Cell C have a fight on their hands to increase their market share within South Africa – with MTN maintaining their dominance and being crowned Africa’s biggest brandrecently.