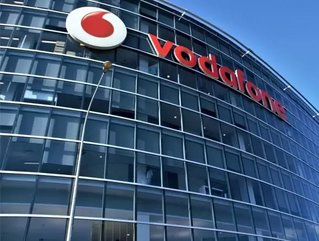 The deal will see Vodafone sponsor ESL's flagship event series - Intel Extreme Masters, ESL One and ESL Pro League - while highlighting how the telco's network is powering the gaming industry around the world.

Its international network currently unites fans and gamers in 25 countries globally via 500mn mobile connections, but with 5G on the horizon it is also keen to promote the potentially-revolutionary benefits esports can expect.

Vodafone also plans to do some work with ESL to promote diversity, particularly female participation in esports. Male players dominated the landscape and the pair will collaborate with the world’s top female esports personalities to highlight the opportunities for women.

"We are delighted to launch this partnership with ESL and create one of the biggest international networks for esports at a time when audiences are growing rapidly and new technologies are poised to deliver better experiences," said Serpil Timuray, Chief Operations & Strategy Officer, Vodafone Group.

"I look forward to joining our customers across 25 countries in viewing ESL’s exciting esports tournaments, both at home and on their mobile devices.”

Ralf Reichert, CEO at ESL, added: "We are thrilled to partner with Vodafone as our new telecommunication partner for various events. Together with Vodafone we are looking forward to connect even more people and create diversity in esports by ensuring better technological conditions for professional players, fans and ESL employees, fostering corporate responsibility projects and creating awareness around the esports industry to a broader audience. Vodafone is committed to support ESL with all their knowledge and strength and we could not be happier about that."