Which global brands are making their mark on European football? 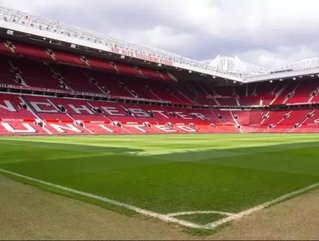 There is no denying top flight European football has become the financial 'supernova' of the global game. Within this period of exceptional growth the English Premier League is, at the moment, the brightest star on the rooftop universe of the sport. Elite football clubs, with a growing global fan base, are now commanding astronomical sums of money from TV, brands and uniform designers, and investors have not been slow to capitalise on the trend.

Identifying the growing popularity and demands for viewing football, Sky and BT have agreed to pay a staggering £5.136 billion (€6.663 billion) for a three year deal to televise live Premier League matches starting in season 2016/17. A massive 70 percent increase from the £3.018 billion (€3.915 billion) contract which ran from 2013.

The amount of money mirrors the increasing numbers who want to watch top class football at grounds, in pubs, on television as well as the global reach of the game at the highest level. No surprise then that, with growing popularity, global brand marketing teams are now eager to lock on to the advantages of such developments.

Spanish giants Barcelona, with a mind-blowing 93 million Facebook likes and close to 20 million Twitter followers, have just agreed a 10 year, £116 million (€150 million) per annum handshake with kit supplier Nike. It amounts to a 100 percent plus increase on the former arrangement.

With such lucrative revenues pouring into the game at the elite end, there is already talk among shirt designers of incorporating brand sponsorship onto the belly of the top as well as the traditional chest feature. This would help accommodate all those brands searching for highly visible space on club shirts to help sell their products by riding the success of top end major soccer brands.

Beyond the immediately visible kit and shirt sponsors, top flight clubs often have arrangements with the other partners. So, Barcelona with main partners Nike and Qatar Airways also count Coca Cola and Toshiba as 'official' partners while local brands 'La Caixa' and Estrella Damm are known as premium partners.

Meanwhile Manchester United, in addition to Adidas and Chevrolet, list six other global partners and 13 further official partners. Arsenal list Emirates, who also retain naming rights for the stadium, and Puma as lead partners, while they enjoy relationships with no fewer than 8 'official' and 16 'regional' sponsors. Though less visible these brands are promoted through the club's website, at games and in club publicity materials.

This growing association between football clubs and brands gives advertisers a visibility both on shirts, at grounds - where top class games are broadcast live to millions across the world at prime time slots - and on the internet.

The English Premier League is Europe's top branded league by far. The 20 clubs who made up the English top flight in season 2015/16 pulled in £220 million (€270 million) from shirt deals alone. This compared with Germany's 18 club Bundesliga which secured £108 million (€132.8 million).

Neither is the global nature of Europe's football lost on investors. Of the 20 clubs who made up the English Premier League in season 2015/16, no fewer than 14 of the teams enjoyed cash payments from foreign brands.

Manchester United, England's richest club, enjoyed support from the United States while Arsenal (Fly Emirates) and Manchester City (Etihad Airways) were both sponsored by corporate interests from the United Arab Emirates. London clubs Chelsea and Tottenham Hotspurs had shirt deals with Yokohama tyres (Japan) and AIA (China) respectively, while Everton (Chang Beer) and Champions Leicester City (King Power) were sponsored by companies from Thailand. The latter reflecting a growing interest in the game from Asian fans and brands alike.

Neither is at any accident that in the last few years top English Premier League clubs like Manchester United, Arsenal and Liverpool have all enjoyed close season tours in Asia.

The popularity of European football, and especially the English Premier League, has attracted interest from private equity but that is only one side of the equation. The introduction of a financial fair play rules, limiting a club's spending as a proportion of income, has given many of the top end clubs increased stability. A feature of the game's progress which makes investing increasingly attractive and corporate brands increasingly interested.

Football, in its modern age, presents opportunity to corporate brands to reach a wider, growing, global audience, and that's a trick they are not going to miss out on.