Ghana-born Hannah Ashiokai Akrong allowed the hand of fate to guide her towards her role as a Human Resources Director for Vodafone Ghana - and she has never looked back.

Although HR was not Ashiokai’s  first choice, as she gained a BSc in Marketing from the University of Ghana, it soon became clear this was a career path that was, not only going to take her around the world, but all way back to her home country after 13 years where she is now part of the executive team at Vodafone.

Her role with Vodafone Ghana includes setting the HR strategy and ensuring its execution. “I report directly to the CEO, which also means that I work hand-in-hand with the rest of the leadership team,” she said.

“I have a full-time team of 28 people and my HR role includes working with business partners, learning and development, talent acquisition, health, safety and wellbeing, employee engagement and internal communications. But I also oversee the fleet and property teams scattered around the country so I also manage those two portfolios.

She describes her leadership style as ‘participatory’ in which employee input matters as they will then buy-in to the strategy and feel engaged. “I believe in transformational leadership. I think it's very important that a leader is able to set the strategy and clearly outline the vision which is what I like to do with my team and get their input.

“It's very important that employees are engaged and they are productive. And for me, the way to do that is to have this style of leadership where my employees believe that their input matters.

“I worked for a manager once when I was with Medtronic, with their Spinal Division in Memphis, Tennessee, who insisted that before you came to her with a problem, you should have at least one solution. I think that was very good training for me and very much how I operate as well.”

Ashiokai comments on her journey into HR. “I always say that I fell into HR by mistake because my background is in marketing. My undergraduate degree was in marketing and I worked in various marketing capacities with the Multimedia Broadcasting Company where I actually started out as a radio presenter,” she said.

Ashiokai pointed out she always wanted to work for a multinational and applied to Ernst & Young who were recruiting for graduate trainees. “I had seen the ad late and so when I got in touch with them the only role that they had available was in the HR consulting team.

“I said, sign me up, so that's how I got into HR consulting and it was just an amazing experience working with world-class partners on some really great assignments for various clients. I have never regretted my decision to move from marketing to HR.”

During her time with Ernst & Young she worked in a consulting capacity with the HR Advisory team. “We were doing salary surveys, bespoke training programs and change management and that's what I enjoyed doing. I decided to get some education, some knowledge behind all the hands-on experience.

Ashiokai went on to study for a Masters in Human Resources and Industrial Relations from Carlson School of Management, University of Minnesota, USA and the IAG School of Business, Université Catholique de Louvain, Belgium.

Ashiokai has worked with Medtronic in the US, which is a world leader in medical technology across various divisions of the company in the US and their offices in Watford, UK. After 10 years Ashioakai  joined Honeywell in a global HR role. “This was really intriguing for me and I spent two years with the company working with teams both in the US across Europe, the Middle East and Asia. “That gave me a really comprehensive overview of country specific cultural nuances and laws”.

“Then I got the call to join Vodafone. It was one especially cold day in Minnesota and I got a call from a recruiter who had seen my profile on LinkedIn and was looking for an HR director role for Ghana. Everything happened very quickly and within three weeks I had gone to the UK for interviews and decided that, yes, it might be time to come back to Ghana - that was in April 2016.”

“There is definitely something to be said about female leadership in a time of crisis. Ardern had the strategy, she clearly communicated what was going to be done and was very decisive about what needed to be done.
“Our President, Nana Addo Dankwa Akufo-Addo, did an outstanding job when the pandemic started, he communicated with us and put together a team of very trustworthy people. A lot of the things that were put in place earlier on last year were later emulated by other countries including the shutting of borders and Airport testing,” she said. 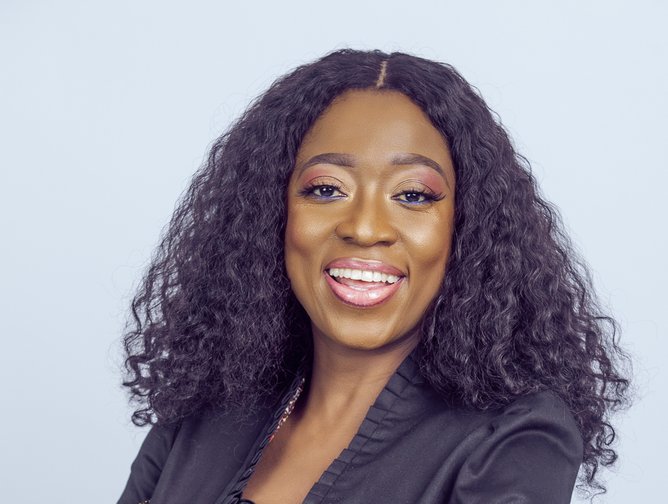