From the boardroom to the pulpit, Prince Sarpong has spent a career developing an inspirational style to match his personal charisma.

Even during the first few minutes of our call, as we messed about with our respective wardrobes, backgrounds and waited for the Zoom connection to stabilise and our microsophones to start working as they’re supposed to, I knew I was going to enjoy the hour ahead. With a rich, booming laugh and an infectious smile, Prince Sarpong, CIO of AirtelTigo Ghana, is a hard man not to like.

Based on his presence alone, it’s easy to see why the newly-formed AirtelTigo sought him out as the man to bring together two disparate cultures under a single roof back in 2018. “Two different ideologies, two different philosophies - now coming together to integrate. That process came with a lot of challenges, but also the possibility and opportunity to learn new things,” he recalls.

Merging Airtel and Tigo’s teams into one cohesive entity was more than just a technical puzzle of figuring out “how to get these two different systems to talk to each other”; uniting the two companies’ culture - particularly in the face of a mass exodus of staff following the announcement of the merger - was also going to be a struggle.

Sarpong’s managerial style, however, ensured that he managed to not only get the new company functioning in a short space of time but also that the newly-merged teams outperformed even his own expectations.

“My style is very simple. The moment that everyone worries is when they think you are imposing things on them. It's a natural tendency. But, if you give someone a general framework and then listen to their ideas about the best way to approach it, they really open up and engage. I'm a big believer in giving people ownership and freedom. It makes people feel empowered and stops that apprehension in its tracks,” he explains.

“In my sixteen-year career, this method has been the one that I've seen the most success with. If you give people ownership, they take it and run all the way to the finish line with you - and deliver more than you could ever have hoped for.”

Sarpong’s career began with Huawei in 2005.  “I started my career as an intelligent network engineer after I left university,” he recalls. “Back then, Huawei was setting up in Ghana for the first time, so we were the pioneering team that established those services.”

Then, he found his way to Millicom’s Ghanaian subsidiary, Tigo, where he “rose through the ranks to join the parent company. I relocated to London and became responsible for value-added services, intelligent networks and mobile financial services in Africa. While I was there, I led an IT transformation for Millicom Africa throughout six countries.”

In 2018, with the AirtelTigo merger just starting to get underway, he was offered the newly-minted role of CIO at the company. He returned from London - a process he describes as being a “mixed experience.”

“My children were raised in London, so coming home to Ghana, where there isn’t as much of a culture of immediacy and convenience, has been an adjustment for all of us,” he explains. However, a few years on and he’s thriving, at work, at home, and in his local Church where he serves as a preacher, juggling a lot of plates simultaneously “all for God.” 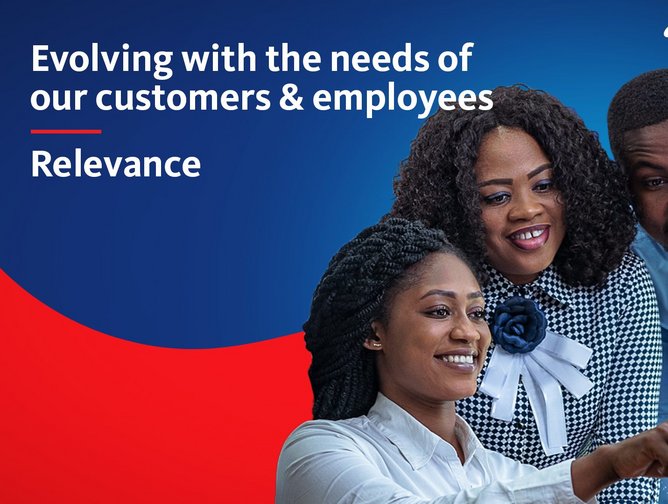