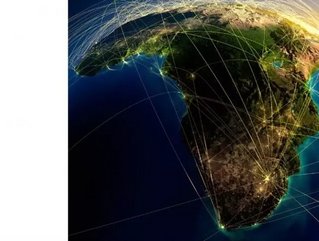 All week we have been documenting the fall-out from The Top Employers Institutes’ ratings in Africa, establishing the top companies to work for in both South Africa and more generally, across the entire continent.

In this final instalment, we take a look at each individual sector’s winning business with an intricate insight into what makes each of these organisations the best employer in their sector in Africa.

Imperial Group long ago mastered its core operations and has always aimed to continuously improve its role in the community in parallel with this. Here, the Group’s I-Pledge initiative is explained, epitomising the company’s commitment to people, not necessarily just within the organisation.

Shared value is the key buzzword being driven at Becton Dickinson and the company’s CEO, Vince Forlenza pinpointed the company’s commitment towards to sustainability two years ago.

Being a model employer is one thing, but it should come as no surprise that Pfizer tops the contingent in the pharmaceutical sector, with care engrained in the company’s ethos.

As one of the most recognisable names in African business, there is a pressure associated with MTN to act in a socially responsible manner, and the accolade of being named the top employer in the telecoms industry in Africa is just the latest in a long line of sector-leading attributes.

BASF’s influence in Africa has been largely epitomised b the company’s approach to environmental and CSR strategies, with the global stature of the organisation then acting as the perfect platform to improve the skill sets of Africans in the chemical sector.

Dimension Data is renowned for always being on the cusp of the latest innovations or trend changes in the technology sector, and applies the same philosophy to its forward-thinking employment strategy. Here, the company proves its general business nous in predicting 2014’s top tech trends.

Health and safety is never more prevalent than in the construction sector and nobody has addressed the specific requirements that employees need more than Hilti South Africa over the past 12 months.

Kumba Iron ore will no doubt be in the good books of its esteemed parent company, Anglo American having made the list off the back of its ability to nurture talent throughout all levels of the organisation. Topping the mining list is a major feather in the company’s cap given the levels of competition in that sector across the continent.

Sasol has received special praise for its inclusive operations, epitomised by the recent announcement of its partnership with Harambee Youth Employment Accelerator, NPO and in association with the Department of Mineral Affairs, launching an innovative ‘boot camp’.

It should come as no surprise than Old Mutual makes the list under the finance sector, having been a mainstay of the African business scene for well over a century.

Here, we see an external review of what makes the company such a supportive and valuable business to work for.

Accenture role in South Africa is intrinsically linked with the success of people development in the country, so naturally, the business will feel their efforts have been justified by its recognition from the Top Employers Institute moving towards 2015.

For a company as globally prominent as Microsoft, building a positive influence in a rapidly expanding IT market such as Africa’s is imperitive and, as is the case for many companies, Microsoft achieves this through its dedication to the people of Africa; both internally and through CSR initiative such as Microsoft 4Afrika.

Leading the continent’s top employers as it has done throughout our focus on the ratings this week, is Unilever.

Inevitably coming top of the manufacturing and consumer goods rankings too, here we take a look at how the company is nurturing talent, from the point of view of one of the business’s ‘Future Leaders’, Portia Gumede.