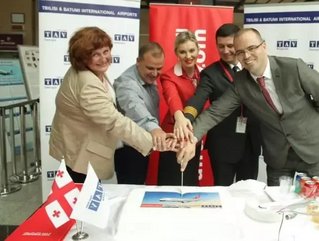 Air Arabia, the Middle East and North Africa’s first and largest low-cost airline, has introduced a new route from Sharjah to Batumi, the second largest city in Georgia.

Adel A. Ali, Group Chief Executive Officer, Air Arabia, said: “We are glad to expand our connectivity in Georgia. Batumi is a growing tourism destination and is popular during the summer months. Air Arabia’s new flights to Batumi will allow people and businesses across the Arabian region to discover this beautiful city while positively impacting tourism and economic growth”.

It already operates daily to Tbilsi, the capital and largest city of Georgia, which is rapidly emerging from the margins of Europe’s tourism landscape to become its fastest rising star, with a 2014 report by the World Tourism Organization (UNWTO) showing Georgia to have recorded the largest increase in international visitor numbers of any European country.

Air Arabia currently operates flights to over 120 destinations in 33 countries across the Middle East, Asia, Africa, Asia, and Europe.