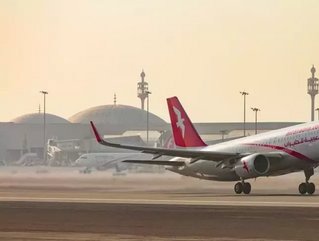 The report evaluated the performance of 137 airlines based on a set of operational and financial parameters, including total revenue, net income, passenger yield, liquidity and leverage.

Amongst the parameters evaluated in the report, Air Arabia was ranked the world’s second in terms of fixed charge cover and fourth in terms of liquidity. According to the report, Air Arabia’s high liquidity rate of 49.2 percent significantly improves the airline’s ability to divert surplus cash towards supporting business expansion and, alternatively, cushion the business against market headwinds.

Commenting on the report and ranking, Adel Al Ali, Group Chief Executive Officer of Air Arabia, said: “We are proud to be ranked among the top three airlines in the world. The report confirms Air Arabia’s solid financial standing and its all-around excellence in maintaining high operational standards.”

Air Arabia currently operates flights from five hubs to over 120 routes in 33 countries across the Middle East, Africa, Asia and Europe.