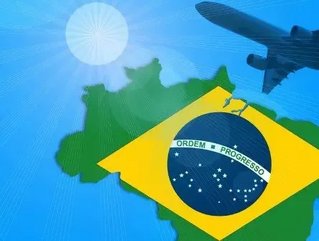 Airports Company South Africa has helped to pave the way for the opening today of a newly-expanded Terminal at Brazil’s Guarulhos International Airport in time for the 2014 FIFA World Cup.

Terminal 3 was officially opened by Brazilian President Dilma Rousseff as part of the country’s preparations for hosting the world’s premier international football competition.

Bongani Maseko, Airports Company South Africa’s Chief Executive Officer, said: “After a year and nine months of construction, we are excited about the on time completion of phase one.  The delivery of the facility will go a long way in eliminating the main bottlenecks there were at the airport and increase capacity.

“Our involvement in projects of this scale and magnitude, while driven by the strategic desire to connect markets, has enabled the company to continue to provide world-class expertise for airport infrastructure development.”

Terminal 3 was modelled on the modern structure of Asian and European airports, with two buildings and five levels.

Dedicated exclusively for international flights, Terminal 3 has 192,000 m² and features technologies and equipment that are on par with the best airports in the world. The additional two aprons at Terminal 3 can accommodate 34 aircraft.

The latest achievement follows the successful development of South Africa’s major airports in preparation for the 2010 FIFA World Cup.

Airports Company South Africa, in partnership with INFRAERO and Invepar who jointly form GRU – the consortium that won the bid to manage the airport in 2012 – has for the second time fulfilled its commitment to have another world-class airport ready in time for the large scale, world soccer event.

Guarulhos is currently the largest international airport in Latin America.

Maseko said: “The readiness of the Gateway to Brazil is assured. This new terminal follows international standards and will become a reference point for airport infrastructure in Brazil.

“Airports Company South Africa’s commitment to the concession, through its provision of technical skills and expertise in operational efficiencies, will come to fruition as Brazil’s busiest airport increases passenger capacity by 12 million a year in addition to the current 30 million handled by the three existing terminals.”

In February, the GVK opened Terminal 2 that increased the airport’s annual capacity to 40 million passengers per annum with a retail footprint of 200,000 sq. ft.

Terminal 2 was also built to be highly energy and water efficient with its design reducing energy consumption by 23 percent. The terminal has a Level 2 accreditation on carbon management by Airports Council International.

In April, Airports Company South Africa signed a Memorandum of Understanding (MoU) with Ghana Airports Company Limited (GACL) to provide advisory and technical consultancy services on all airport-related matters in Ghana as part of its ongoing focus and expansion into emerging markets.

This includes Kotoka International Airport in the country’s capital, Accra, three regional airports and other airfields.  Air traffic has been experiencing phenomenal growth in thatcountry in recent years, with domestic traffic growing by over 30 percent per annum and international passengers by around ten percent.

“Today’s opening is a demonstration of a well-founded belief in the depth, wealth of experience and expert skills that Airports Company South Africa has accumulated over the twenty years of its existence,” said Maseko.

“It is equally pleasing that Brazil has recognised and acknowledged South Africa’s pre-eminence in the development and management of world-class airports by entering into an agreement for us to provide multi-dimensional assistance for their aggressive airport expansion programme.”

Airports Company South Africa says it will continue to have representation on the concession company in Brazil and the Technical Services Agreement that has been in existence for the past two years, will remain in place for the next three years.