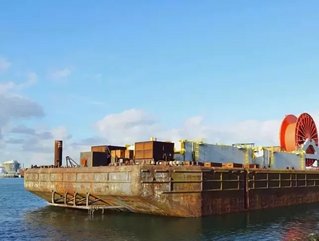 Angola Cables today took a step closer to completion of the South Atlantic Cable System (SACS) at an official launch in Sangano, Angola.

The SACS will be the first direct link between the African and South American continents and is being constructed by NEC.

Installation of the SACS – a subsea cable with 40 Tbps of capacity that will extend more than 6,500km to Fortaleza, Brazil – began on the Angolan coast in the municipality of Quissama.

The installation of the SACS is considered a strategic project for Angola to advance the region’s digital economy and to improve global communications.

When the entire network is completed, along with associated elements such as data centres and internet exchange points, the SACS will offer a paradigm shift in Africa’s telecommunications sector.

The global project – with receiving stations and submarine cables – has an estimated cost of US$300mn, and financing has been guaranteed by the Angolan government and made available by Banco de Desenvolvimento de Angola (BDA).

SACS is expected to have a major impact on the accessibility of online content for Angolans.

“For Angolans, the time to access content available in America – the largest centre for the production and aggregation of digital content and services – will improve fivefold,” remarked António Nunes, CEO of Angola Cables.

Currently it takes approximately 300 milliseconds to connect between Angola and Brazil. With SACS, the latency – the time lag between a data packet being sent and received – is expected to be reduced to approximately 60 milliseconds.

“Angola is becoming one of the telecommunications hubs in sub-Saharan Africa. Current cable systems, such as WACS, together with the SACS and Monet cables systems – complemented by local data centers – will improve connectivity, but also economically benefit Angola and the surrounding regions as tech companies requiring high connectivity establish and grow their operations in Africa,” Nunes observed.

In Brazil, a connection to the US is also being established, and Angola Cables has been involved in this project, using a 24-Tbps submarine cable to link Santos, Brazil, to Boca Raton in Florida, via Fortaleza.