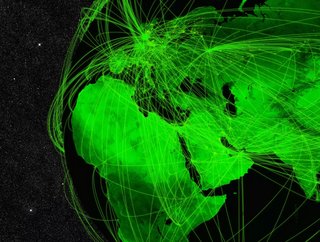 As multinationals try to recover from the pandemic, Kumar Birla has a solution—narrow your scope and invest in reliable, regional suppliers

As the head of the Aditya Birla Group, a US$46bn firm that operates in 36 countries, Kumar Mangalam Birla is no stranger to splashy strategic moves. Yet his recent announcement that he no longer wants to acquire globally distributed supply chains stood out. While many companies have struggled to cope with shipping backlogs, his firm has chosen to pivot and focus on regional networks. Said Birla: ‘We wouldn’t look at a company or a business where you source in one corner of the world and sell in another’.

He cited protectionism, the pandemic, and the limited movement of products and people around the world as ABG’s primary causes of lost profits. And they aren’t alone. Over the past year, 900 of the U.S. and Europe’s biggest IT, defence, and financial services firms have lost an average of US$184mn apiece.

An Era of Global Disruption

Over the past few decades, low shipping rates and rapid delivery times have lulled multinational firms into a false sense of security. In the early 2000s, companies chose to take on significant global supply chain risks in exchange for increased profits. First, it made sense to manufacture higher-value goods, such as electronics, in low-cost regions throughout Southeast Asia, India, and Africa. Second, first-tier suppliers started to outsource the manufacturing of specific components to second-, third-, and even fourth-tiers—leaving supply chains with extremely limited visibility.

So when COVID-19 disruptions struck certain regions, companies were caught unprepared. Usually, these events come few and far between. But over the past ten years, we’ve seen a number of ‘black swan’ events that have thrown the supply chain industry into chaos. Here’s a quick history of the most significant events in recent years, thanks to the MIT Sloan Management Review:

Now, Kumar Birla is one of many who want to re-evaluate how we run our supply chains. Though his company has acquired 40+ companies in the last quarter decade, Birla intends to build up local hubs rather than expand operations.

Combine Chinese economic dominance, global supply chain vulnerabilities, and major government policy shifts around the world, and you have a storm brewing on the horizon for big multinational firms. As Brookings noted, ‘the biggest risk for trading opportunities in the developing world is growing protectionism in more advanced economies, often dressed up as national security protection’.

In the post-pandemic economy, global businesses must decide whether to expand or contract. On one hand, the Alibaba Group’s Cainiao Smart Logistics Network recently launched a direct flight between Hong Kong, China, and Lagos, Nigeria. On the other, the Japanese government is desperate to make its chip manufacturing domestic. Indeed, as two supply chain strategies diverge in a post-pandemic world, the one businesses take may make all the difference.

Yet Birla is confident that regionalisation is the right call. According to his words at the Qatar Economic Forum, even necessary cross-border transactions should be smaller in scope. And as the Bloomberg Billionaires Index now lists his net wealth at US$10.4bn, up 52% from 2020, he may have the cash to test his theories out. ‘Regional hubs, regional presence, regional employment, catering to regional demand’, he stated. ‘We’re a global company rooted in local economics’.