Can the Seychelles become a global trade hub? 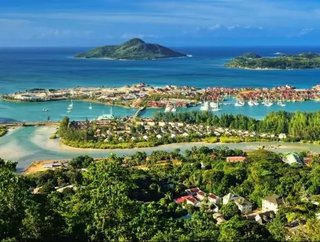 Despite being dwarfed by other African countries, the Seychelles archipelago in the western Indian Ocean is aiming to become a hub for trade between African nations, emulating small countries such as Singapore which acts as an Asian hub for the global commodities trade.

Speaking at the island’s ‘African Prosperity conference’ the Chairman of the Seychelles Chamber of Commerce and Industry, (SCCI) Marco Francis said: "I have travelled to many parts of Africa. Africa has some very good structures to do business. African businessmen have the same vision as we do, they want to do business and they want to expand. Let’s partner together.”

In an effort to boost trade, leaders from 26 African countries met earlier this year to sign a declaration to this end in Sharm El Sheikh, Egypt which will establish a free-trade zone spanning almost the entire eastern half of the continent.

Although Seychelles’ regional imports to these nations totalled as much as $214 million in 2012, this was offset by weak reciprocal exports of $3.8 million, which indicates that, if nothing else, much more still can be achieved in this area.

Francis said: “We need to remove barriers…air access, vessel infrastructure to transport containers. These are what we need to develop to make it easier to import within Africa instead of other countries.”

Another barrier identified as being an impediment to cross-border trade are prohibitive visa rules and air links that often restrict the movement of businessmen to establish partnerships in neighbouring states. South Africa recently faced criticism for its controversial VISA rules.

The president of the Tanzanian Chamber of Commerce, Industry and Agriculture, Peter Chisawillo, said: “I see great business opportunities in Seychelles, for example tourism. In my country people do not recognise Seychelles as tourism destination.”

Alongside these efforts, the Seychelles recently became accredited as an Offshore Financial Centre (OFC) and was ranked as the seventh most competitive economy in sub-Saharan Africa in our August Issue.