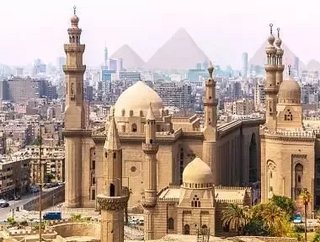 In the wake of the Arab Spring, an entrepreneurial revolution has seen a surge of startups emerge across Egypt’s capital.

Founded in 969 AD, modern Cairo is a lively, sprawling city home to around 9.5 million people – 20 million if the wider metropolitan area is taken into account – making it the largest city in the Arab world. Cairo's airport is the second busiest in Africa and its metro system, one of just two on the continent, ranks among the 15 busiest in the world, with more than one billion passenger rides annually.

Historically, the city has long been a centre of Egypt’s political and cultural life and its economy – and the country’s as a whole – has depended on agriculture, as well as more recent additions of media, petroleum exports and tourism. Cairo hosts 11% of the country’s population and 22% of its economy (Purchasing Power Parity), with most of the nation's commerce either generated in, or passing through, the capital. Many international businesses and organisations have regional headquarters in the city, including BP and management consulting firm McKinsey & Company.

Despite the economy of Cairo being ranked first in the Middle East in 2005, and 43rd globally in Foreign Policy's 2010 Global Cities Index, a rapidly increasing population and political unrest have been challenges which have contributed to reduced growth in recent years. However, these factors are also seen by some as catalysts for change.

Egypt’s youthful, social media-literate population (around 60% of the country’s 97.5 million inhabitants are under 30) played a key role in the Arab Spring in 2011. Inspired by events in Tunisia, 18-day long protests in Cairo’s Tahir Square resulted in the formation of a new government. For many young Egyptians, this sparked a desire to use their tech skills to pursue entrepreneurship as a way to enact the social and economic changes they wanted to see in the country. What has followed has been a wave of new startup companies emerging across Cairo, particularly in the mobile and web sectors.

Essam Sharaf oversees the regions of Egypt and Jordan for Enpact e.V – a Berlin-based nonprofit organisation founded in 2013 to promote entrepreneurship in emerging and developing countries.  “After the revolution in 2011, entrepreneurship became seen by many young people as a way to make real changes in society without waiting for the government to take action,” Sharaf told Startup Guide. “In the past, the ultimate career option for many people was to work for the government or for a multinational corporation, but now people are viewing entrepreneurship as one of the most desirable career options you can have.”

As a result, Cairo has been described as one of the fastest growing entrepreneurial hubs in the world. In 2014 it was named one of the world's best startup hubs by Virgin's Entrepreneur blog, 2017 saw 13 Egyptian startups make Forbes' Top 100 in the Middle East and a total of 80 startups raised investment across the country in 2018.

The potential for growth in the sector is high with a rapidly growing internet penetration (53.5% in 2019, up from 40% in 2013), 103 million mobile phone users across the country and the fact that only about 30% of the adult population uses bank accounts, meaning an opportunity for fintech startups to provide financial services.

Despite this progress and promise, some key challenges remain for startup development. With the economy yet to fully recover from the disruption of 2011 (annual growth rate was 5.2% in 2010, 1.8% in 2011 and 4.2% in 2017), some of the country’s young tech talent has been tempted abroad by higher wages, resulting in what has been described by some as a “brain drain”. Talking to Virgin, Nour Ahmadein, Business Development Manager for Cario-based startup accelerator programme Flat6Labs, adds that, although improving drastically, “an initial downside to conducting business in Egypt resides in governmental bureaucracy (e.g. obtaining permits) and lack of access to funding for startups”.

However, increasing support is out there for Cairo’s budding entrepreneurs. Cairo Angels, founded in 2012, became Egypt’s first formal angel investment network and invests between US$14,500 and US$116,500 per startup. In March 2019 Cairo-based venture capital firm Algebra Ventures announced a $50mn USD tech startup fund for Egypt – the country’s largest to date. There are also a host of other support programmes across the country, including Endeavor Egypt, The American University in Cairo’s AUC Venture Lab and Falak Startups - Egypt’s largest startup accelerator. There is also support available for lengthy, complex paperwork with Flat6Labs helping companies become registered and offer ongoing support through a partnership with Egyptian law firm Levari.

The city’s new-found entrepreneurial spirit, coupled with a strategic geographic location, a steadily improving economy and a young population ready to embrace new services mean the potential for tech startup growth in Cairo looks very promising. Ahmadein sums it up by saying: “Although the entrepreneurship ecosystem might not be fully developed in Egypt, the level of innovation and the level of growth are unquestionably at an all-time high.”

Instabug: This Cairo-founded (now Silicon Valley) company is widely recognised as one of Egypt’s most successful startups. It uses a tool that runs in the background of an app, allowing users to send their feedback or bugs instantly, with a mere shake of their device. The app now has more than 25mn users worldwide.

Weelo: A cloud-based marketplace for customers, supermarkets and their suppliers that digitises the supply chain to simplify deliveries and provide real-time inventory updates for users.

Edfa3ly: An international online shopping service which allows users in the Middle East and Africa to buy products from Western countries without the hassle of dealing with transaction fees, taxes, shipping and delivery costs separately.

SWVL: A mass transit app that provides buses to every neighbourhood in Cairo, it allows people to share journeys in a van or bus for a fixed flat fare with no surge pricing.