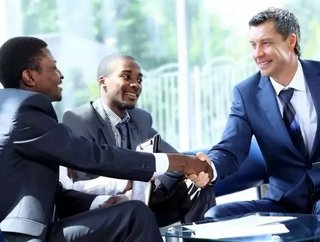 South Africa has the best performing economy in the Sub Saharan Africa: it has diversified and productive industries, with a manufacturing sector that accounts for around 12 percent of its GDP; a legal and regulatory system that grants safe conditions for businesses; and, in terms of ease of doing business, ranks 49th in the “Doing Business Report 2015” recently published by the World Bank.

The country is actually the second largest economy in the continent, with Nigeria at pole position, but it is still number one in terms of income per capita – with a per person GDP of around $7,000 in 2014, growing at an average annual real GDP rate of around 4 percent. This is mainly thanks to its young and growing population, which is currently almost 53 million, widespread infrastructure and stable banking and financial institutions.

Such a fertile environment is actually quite welcoming to foreign investors willing to tackle the challenges of doing business there. Since this economic green field is matched with a positive legal framework where, for instance, no local partner or a minimum capital is needed to set up an investment vehicle.

Among the most relevant are the 12i Tax Incentive, which aims to increase the productivity of the South African manufacturing industry by supporting “green field” and “brown field” investments through tax reductions, and the Foreign Investment Grant (FIG), whose main feature consists in reimbursing qualifying foreign investors the costs of shipping new machinery to South Africa.

Foreign investors are granted benefits not only in terms of tax reductions, but also in terms of right protection: South Africa also offers an easily accessible judicial system, both when litigating before local courts and when settling disputes through arbitration. Indeed, the length of time to resolve commercial disputes is, on average, reasonably efficient compared to that of almost all other Sub Saharan African countries.

Foreign investors should certainly be aware that the policies regarding Black Economic Empowerment (“BEE”) under the Broad-Based Black Economic Empowerment Act 53 of 2003 (the “BBBEE Act”), which promote the participation of “black people” in economic life, may have an effect on their investments, especially insofar as investors may have to deal with government departments, state-owned companies, and “parastatals”, as well as companies that require their suppliers/partners to meet minimum BEE scores.

Read the rest of this article in the February issue of African Business Review.