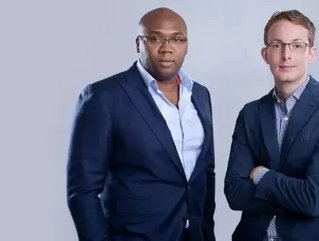 Nigeria’s  iROKOtv has secured a further $8 million funding from two of its existing investors and a new one, US-based Rise Capital.

This brings the total raised to $21Mn, arguably making iROKOtv one of the most well-funded internet companies in Africa today.

iROKOtv is the leading Video-on-Demand (VOD) platform for African content and following the announcement of the $8Mn investment, the company will continue to focus its attention on growing traffic, content curation and building a platform-agnostic distribution system for its one million monthly users.

To-date, the capital raised by iROKOtv has been used to acquire content, expand the London-based tech team, develop mobile websites and applications and open offices in London, New York and Johannesburg, alongside the company’s Lagos headquarters.

The new capital will be channelled at building and transitioning the company’s audience from a primarily Diaspora base to an African base, as well as migrating from a largely ad supported model to more subscription service.

Currently, 50 percent of iROKOtv’s audience is located in the UK and US alone, but with the continent coming online, demand for home grown multi-platform video content is rising fast.

There will also be a renewed focus on monetising iROKOtv’s catalogue through its SVOD service, iROKOtv PLUS, as well as through its strategic distribution partnerships with global airlines and TV channels.

Jason Njoku, Chief Executive Officer and co-founder said: “The $8Mn raised by Tiger Global, Kinnevik and Rise Capital will further fuel our expansion and help us to realise our long term goal of becoming one of Africa’s preeminent media companies.

“We started life three years ago as a Nollywood content aggregator on a YouTube channel and today we find ourselves with a VC-backed dedicated VOD platform, watched in 178 countries around the world, with one million unique visitors a month.

“These metrics were achieved with hard work from a great international team and today’s news allows us to continue in the same vein and accelerate our growth.”

Bastian Gotter, Chief Operating Officer and co-founder said: “We have forged a niche in African movie programming and captured people’s imagination in terms of bringing previously unobtainable yet popular content, loved by millions, to a global audience on an awesome platform.

“This additional capital allows us to consolidate our position as VOD market leaders for Africa, invest in tech, content and infrastructure and, importantly, we are now in a position to become profitable by 2015, which is an extraordinary feat for any start-up, let alone an African VOD one like ours.”

Nazar Yasin, Managing Partner of Rise Capital said: "We are very pleased to participate in this round of financing alongside Kinnevik and my former colleagues at Tiger Global. Having worked with Jason, Bastian and the team since their early days, we at Rise Capital look forward to continuing to help them scale their content acquisition and distribution channels and secure their positioning as Sub-Saharan Africa's largest and most impactful media company.

In July last year, iROKOtv introduced a subscription service (SVOD) to its site, iROKOtv PLUS, where for $5 a month, subscribers are the first to access the 12 brand new movies uploaded onto the site every month.

The iROKOtv PLUS business is currently growing rapidly and is now the largest single source of revenue for the company, revealing that more consumers are willing to pay for quality content. A total of 95 percent of content on iROKOtv continues to be free and is supported by an advertising (AVOD) business model.

iROKOtv has aggregated the world’s largest online Nollywood catalogue, now standing at 5,000 plus movies and the company has been credited by for pioneering VOD for Africa and African continent.

Coined by the media as the ‘Netflix of Africa’, iROKOtv has successfully disrupted and reorganised the multi-million dollar Nigerian movie industry’s distribution infrastructure.