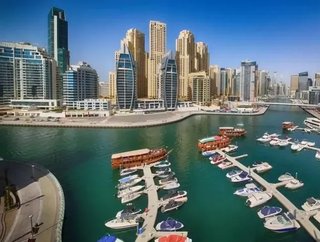 Dubai featured in the world’s first ‘live-streamed’ advert, which appeared during the commercial break on the UK’s The X Factor.

The advert, from Virgin Holidays, showcased 18 locations around the world, including the Atlantis resort at Palm Island, Dubai Marina and Al Maha Desert Resort and Spa.

More than 90 production crew members were involved in shooting the footage, including surfing in Hawaii, riding the Pacific Coast highway in San Francisco and snorkelling in Barbados.  The resulting footage was edited into a 60-second advert back at ITN Productions’ Master Control Room in central London.

Claire Cronin, VP of Customer and Marketing at Virgin Holidays, said: “This is the single biggest and most ambitious brand exercise we have ever undertaken. We have looked at everything from our business purpose, to our brand platform, to what channels we use to communicate with customers. If you’re spending your Saturday night on the couch, or trudging to work on the Underground, and we’re able to show you the wonderful adventures thousands of other people are enjoying with us at that very moment, we’re confident it will strike a chord.”