By Daniel Brightmore
May 19, 2020
undefined mins 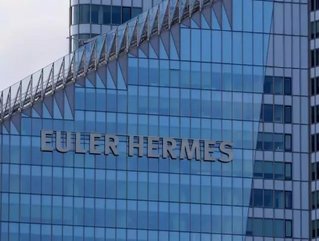 Euler Hermes is a subsidiary of Allianz and a global leader in trade credit insurance. Stéphane Colliac is the company’s Chief Economist for France and Africa, and believes, despite political volatility and exchange rate challenges, the potential for the region, particularly in Egypt, remains steadfastly significant.

In his speech at the recent ‘Risk Frontiers 2017’ conference in London, Colliac noted that while Africa’s debt may have increased slightly, at 32% of the continent’s GDP, it remains well below its previous peak of 55% back in 2002. So, the roots for optimism in the continent’s progress are still strong.

The main driver behind the African economy is a move towards urbanisation (seen on a similar scale in China), offering countries like Nigeria huge potential for development once their institutions embrace the need to organise and develop each sector from conception. In some economies such as Rwanda, Kenya, Ethiopia, Senegal and Morocco, there have been major reforms and the business climate has improved as a result, followed by overseas investment.

So, which country is leading the way and blazing a trail for growth in the region? “Egypt can be Africa’s rock star,” Colliac proclaims. “After key reforms in the exchange rate, subsidies and the partial unwinding of capital controls, the country has improved following short-term funding from private creditors and the IMF (International Monetary Fund). It was the top country in the Middle East and Africa last year for foreign direct investment. Euler Hermes upgraded its risk rating in March from D4 to D3 and we’ve just upgraded it again to C3. So, the potential is here, we just need to wait for cyclical stability.”

However, Colliac believes that while there is no general solvency issue in the region, liquidity requirements are pushing some countries to request further IMF support. “The IMF support was welcome as many small economies went into liquidity distress,” recalls Colliac. “This was the case in around 25 countries worldwide, half of them on the African continent – which was explained by commodity prices. It’s also down to poor management in the last phase of the economic cycle.

“During a period of high commodity prices, there was not enough focus on saving, so African economies had difficulty coping with the shock. Many countries on the continent have deficits, which are normal when you’re developing an economy by exporting your commodities and importing capital goods, but this leads to current account deficits and the liquidity distress we’ve seen.”

So, what is driving fiscal vulnerabilities and increasing public debt on the African continent in oil exporting economies like Algeria, Angola, Libya and Nigeria? “It’s related to the volatility of fiscal revenues when they are too commodity dependent,” explains Colliac. “If you decrease the level of fiscal spending it goes with the commodity price strength, so it’s pro-cyclical. You want to keep your fiscal spending unchanged and raise the debt if you’re a government seeking re-election that wants to avoid damaging protests.”

Colliac believes that debt increase issues differ from country to country. For example, where Nigeria’s debt is sustainable (coming from a low level after its renegotiation with private creditors a decade ago), Angola’s public debt is currently 80% of its GDP. Of that figure, however, much of this is towards official creditors, including China, which will allow for additional funding and favourable repayment terms to finance what is a key overseas relationship for the Asian powerhouse. However, Colliac warns there are still liquidity concerns over exchange rate volatility.

“Inflation is the tricky part for countries in the region because while they’re pushing for a decrease, without capital influence it can create a credit crunch in the economy so the central bank has to tighten the debt in terms of capital controls leading to reduced liquidity.”

Highlighting the short-termism of governments seeking re-election in the region, Colliac admits it’s more favourable for Euler Hermes to work with democratic institutions offering an open approach to problem solving. “With dictatorships, change can only really be affected with a revolution,” he observes. “Having judiciary support in countries like Kenya means that elections can be re-run. By contrast, in Gabon it was far less democratic and there were no solutions, which led to a run on its assets and the need for urgent IMF help.”

Colliac believes that although Africa has been lagging behind the rest of the world in its development, this can actually be an advantage for the continent. “You don’t have to develop in the same ways anymore,” he asserts. “In a world where more consumers are connected for mobile payments, you need less capital investment to develop your business in the region if you make a good job of your research and development phase.”

Allianz has a deep African strategy and has been developing recently in Nigeria and Kenya following last year’s focus on Morocco. “We’ve seen two things in these countries,” observes Colliac. “Good institutions allowing us to develop the business and the potential for large numbers of customers. So, even if we only capture a small share of the market, it’s a positive with these large populations.”

Colliac notes that despite previous poor planning and a volatile political base, Nigeria boasts a population of 200mn, offering fertile ground for a boom when customers enter a new sector (such as mobile tech) en masse. He sees the upturn here linked to recovery in Europe. “I think it’s the end of the shock and you can find natural reasons for this like the stabilisation of the oil price. There’s been a move on policy with tighter capital controls to stabilise the Naira which was starting to unwind in March this year, helping to end the credit crunch and improve growth. It means, on a corporate level, they no longer suffer from cash shortages.”

Colliac points to the need for a flexible exchange rate regime within Africa’s monetary union – a key factor in Egypt’s success – but notes the difficulty for a commodity exporter like Nigeria to let the exchange rate move freely. “When the price is doubling, your exchange rate is appreciating a lot so it’s difficult to have export competitiveness at the same time. So, when the price decreases, you have a freefall of your currency and you have mini-inflation,” he explains. “So, you have a parallel exchange rate that appears and the people begin to have this in their mind more than the official one.”

“We’re now seeing a re-balancing of the economy in South Africa which is quite positive,” Colliac continues, “but it means the private sector is buying less and when that happens prices can freeze. It’s the case now but re-balancing is only half way through its cycle. The current account deficit was about 4% of GDP and will probably reach two or 2.5%, so still deficit that needs more force from the private sector to push it further towards a complete re-balancing. At the moment, the leeway for growth is not very strong.”

Is the rise of public debt to 53% of GDP a further cause for concern? “It’s normal for the ratings agencies to give a speculative rate with this development, but the timing was, in our view, not exactly great,” Colliac answers. “We downgraded South Africa from B1 to B2 because of the deterioration of the balances in the short run, but in our view the trend of public debt is sustainable. If you compare it to Mozambique or Zambia it is more favourable. South Africa has a deeper domestic financial market so it’s easier to finance. The decrease in inflation is good news, and the monetary policy is easing also.”

“Egypt’s improvements were accelerating before the revolution when it was the best performing country in the ranking of the World Bank for 2010,” remembers Colliac. “In terms of capital controls, it has since worsened, but if you look at stabilisation in terms of financial evolution you see that business in Egypt was not deteriorating: it was the cyclical conditions following the uprising.

“Secondly, the commodities sectors will benefit more due to new developments in Egypt such as the continued discovery of gas resources in the East Nile Delta. Egypt will need to open its doors to find the right partners to exploit these new revenue streams and the capital goods to build pipelines. So, the quest for growth will have to allow for more foreign investment via the further unwinding of capital controls.”

Colliac bemoans the backdrop of political problems which have dogged the ability of the Dirham exchange rate to become flexible for so long. “You just have to do it and not talk too much about it,” he says. “If you give dates for this, the people can take a run on the economy which is what happened in Morocco. The country lost one month’s worth of foreign exchange reserves in terms of imports. It’s still sustainable, but it shows the amount of the run on the banking system after they’ve taken too long to prepare the reforms because they lack skills in implementation. However, it is the most stable country in the region - they’ve had democratic institutions for 13 years now. If Morocco wants to go further with a diversified economy, the country needs reform, not just to attract foreign investment, but to organise inland investment with Moroccan investors.”

With its strong agricultural base and open economy, Colliac believes Morocco can be the Mexico of Africa. The country has already entered the automotive and pharma sectors, but he warns its economy (with a GDP growth rate of 3%) is still too linked to the population flow coming from the Middle East and more diversification is needed.

Colliac has worked on emerging markets worldwide throughout his career and is relishing the opportunity Africa presents: “I enjoy being able to develop an insight even without data – just with my research, feelings and impressions.”

Morocco is an important country for Euler Hermes as it provides the company its gateway towards new business developments in West Africa. “Our market share has matured to 80% here,” says Colliac who notes that Euler Hermes’ strategy is aligned with that of the Moroccan government. “In June 2017, Morocco was accepted as a member of the Economic Community of West African States (ECOWAS) –  a community including countries like Senegal and the Ivory Coast. It helps to create many constructive meetings between leaders to inspire investment in the region.”

Euler Hermes will use this African link to accompany Allianz in its efforts on the continent, according to Colliac. “Allianz has its regional office in Morocco so we are following in that tradition by organising our activities in 44 countries across the continent in order to harvest its long-term potential.”