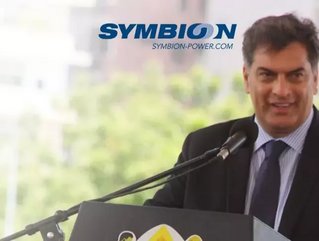 Symbion is an international power developer that takes a unique approach to delivering electrical infrastructure projects. With a deep commitment to empowering local communities, the company takes great pride in possessing the knowledge and operational know-how to succeed in some of the world’s most challenging construction environments.

Founded in 2005 by Paul Hinks and Lord Richard Westbury, Symbion’s first project was in Iraq. Hinks had been working in the region for two years as a consultant when he observed that many American corporations were leaving the country due to the security risks associated with the conflict there. “Many large American companies were hightailing it out of the region due to escalating security issues, making business extremely problematic,” explains Hinks.

Watch the latest video of Paul Hinks being interviewed by CNN here.

Over the course of his career, Hinks has developed ‘a formula’ for working under such difficult security conditions. “I saw a gap in the market so I established a business that combined engineering and security,” he says. The business was built on a foundation of partnership and cooperation and sought to conduct business by working with and improving the lives of local communities. Even its name – a derivative of the word symbiosis – reflects the basis of the relationship it strives to develop with suppliers, local partners and subcontractors.

Symbion’s portfolio is growing by the day, along with its reputation as a world-class energy and engineering firm. Alongside his ‘day job’ as the CEO at Symbion Power, Hinks is also the Chairman of the Corporate Council on Africa. “I represent the U.S. private sector and their ambitions to invest in Africa. As part of this, I have also been involved in the genesis of the Power Africa initiative, which President Obama launched in July 2013. I work very closely with private-sector businesses, the US government and with local government and local communities to ensure the initiative is a success,” he says. “Power Africa is ground breaking and it will see the United States supporting Africa on a grand scale.”

Hinks is still the powerhouse behind Symbion, driving it forward and seeking new opportunities for the business and for the communities in which it operates. Its point of difference comes not from its power-engineering prowess, but from its local engagement and its dedication to give back in the regions where it works. “Symbion will always be motivated by the desire to help the people in the places it works.  Our staff enjoys this as much as I do and it makes what we do so much more enjoyable and interesting.”

To read the full interview and learn more about Symbion Power and its projects click here.

Watch Paul Hinks in an interview during African Utility Week 2013 below. Please note the video was recorded prior to the launch of Power Africa: