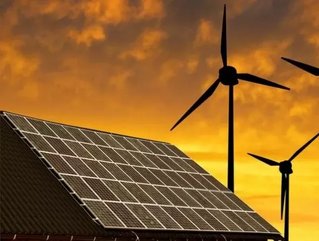 Access Power MEA has entered into an agreement with the Egyptian Government to generate up to 65 MWp of renewable energy for the country’s national grid.

The energy developer signed a Memorandum of Understanding (MoU) with the Egyptian Ministry of Electricity and Renewable Energy (MERE) to develop a 65 MWp solar energy plant in Aswan. In the past, Egypt relied on utilising its hydroelectric capabilities but with upwards of 85 percent of its hydro capacity already developed the North African nation must turn to previously overlooked sources of renewable energy.

Access Power MEA is involved in every aspect of energy supply, from development to operation, and holds multiple power assets across the Middle East and Africa. The company is also in discussions with MERE over developing a wind project in Zafarana that will generate up to 50MW.

As part of its long term energy strategy, the Egyptian Government will be implementing its Round One Feed-in-Tariff in order to reach its goal of generating 4,300 MW of renewable energy.

Reda El Chaar, Chairman of Access Power MEA, said: “We are delighted to be part of Egypt’s ambitious programme to generate up to 4,300 MW of clean energy. We believe that private sector investment and expertise can play a crucial role in creating additional energy capacity in the country.”

Dr Mohamed El Sobki, Executive Chairman of Egypt’s New and Renewable Energy Authority, said: “Egypt is determined to fulfil its target energy in the next three years. The MoUs being signed today bring the total private sector investments up to 500 MW, equivalent to $750 million.”

Egypt is one of Africa’s most developed economies and its target to include more renewable energy sources through collaboration with the private sector could very well serve as an example to governments in developing countries across the continent.