Explainer: Nigeria and the ‘One China’ principle 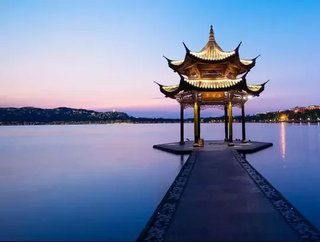 On Wednesday, the Nigerian federal government announced that it would no longer recognise Taiwan as a country, but instead pledge support for ‘One China’.

What is One China and what has it got to do with Nigeria?

One China, also known as the ‘One China principle’, is the Beijing’s belief that Taiwan is an inalienable part of a single China. One China faces opposition from supporters of the Taiwan independence movement, who want to establish the Republic of Taiwan as an entity separate from China. China has threatened to use force if Taiwan formally declares independence.

This week, the Nigerian government stated that they recognise only one China in the world – one that encompasses Taiwan.

A joint statement signed by the Ministers of Foreign Affairs of Nigeria and China, Geoffrey Onyeama and Wang Yi respectively, read: "The Government of the Federal Republic of Nigeria reiterates not to have any official relations or engage in any official contacts with Taiwan, and supports all efforts made by the Chinese Government to realise national reunification".

Onyeanma added that Nigeria had withdrawn diplomatic relations with Taiwan.  The Taiwanese office in Abuja will be shut down and moved to Lagos, “to the extent that they function as a trade mission with a skeletal staff”.

By taking these measures, China has reaffirmed its commitment to actively developing the China-Nigeria strategic partnership. In the same week, Yi disclosed plans by the Chinese government to invest up to $40 billion in Nigeria.

"China has already invested or financed a total number of $22 billion projects here in Nigeria, another $23 billion projects are on-going. In addition, we are also following up another over $40 billion of investments, which are in the pipeline," Yi said.