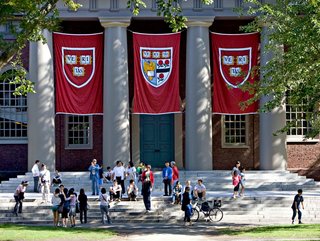 Do a background check of senior executives at listed companies in the US and you are likely to see Harvard University pop up more than just a few times.

Little surprise then that the prestigious Ivy League college, home to the oldest MBA program (1908), is the clear leader (again) when it comes to the number of alumni working as senior executives at listed companies in the US, according to a new report from Altrata.

Harvard’s almost 3,000 alumni represent a substantial 5.9% of senior executives at listed companies in the US, nearly 60% higher than the second-ranked University of Pennsylvania and close to two times that of third-ranked Stanford University.

This is backed up by recent research from Academic Influence which found 41 of Fortune 500 firms in 2021 were led by CEOs who had graduated from Harvard, the highest for any university, with the university of Pennsylvania at 23 and Stanford at 22.

Harvard graduates also assume board or corporate leadership roles at US-listed companies more quickly (16.4 years on average) than other alumni, according to Altrata’s report.

But it’s not just in the US where Harvard alumni reign supreme, both in position and wealth.

The Massachusetts-headquartered university also ranks first – ahead of France’s INSEAD and the UK’s Oxford University – for the number of alumni as senior execs at listed companies across the Global 19 (non-US) major indices with 14.2%. Stanford comes in fourth, ahead of University of Cambridge and LSE.

“It’s a little bit surprising how much of a leader Harvard is,” says Maya Imberg, lead author of the report. “It’s not only a leader in the US, but internationally, in terms of its reputation and the kind of network it provides.”

This is a nod to the global reputation and network reach of these institutions, in particular Harvard, which provide a rigorous grounding to develop the skill sets and expertise required for board and C-suite positions at large publicly traded companies around the world.

Ranking second to Harvard, INSEAD, which is among the world’s most prestigious business schools, leads the non-US universities in churning out top execs (9.5% of global population).

Headquartered in France, but with campuses now in Asia, the US, and the Middle East, INSEAD delivers a highly renowned MBA program and strong international orientation in terms of graduate selection, institutional and research links.

The report finds that Harvard alumni in senior executive roles tend to be older and have a faster career progression than alumni from INSEAD and Oxford. They also have an extremely large professional network of direct connections to senior decision-makers, though not as high as Oxford, and a high share of self-created fortunes (80%).

INSEAD and Harvard rank lower however when it comes to producing top-ranking female senior executives, with Harvard ranking just fifth across the Global 19 with 34.6%.

In fact, the top-ranked institutions with female alumni at listed companies across the Global 19 (35-40%) far outweighs those at US publicly traded companies (29%).

Worldwide, Australian universities lead for share of female leaders, with the University of Melbourne ranked top (40.2%) and University of Sydney second (36.5%). The University of Singapore and London School of Economics also feature in the top five.

The highest proportion of female senior executive alumni at US publicly-traded companies is just 29%, with UCLA, University of California, Berkeley and Tufts churning out the most female US leaders.

Among other takeaways from Altrata’s report: