iROKO: The home of Nollywood 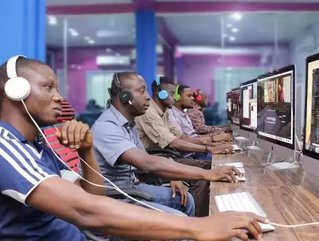 Hi Jason, could you tell us a bit about yourself?

My name’s Jason Njoku, I’m 35 and the co-founder and CEO of iROKO - the home of Nollywood. I launched the company, in a slightly different guise, in 2010, when I realised that there was no systematic online distribution for Nollywood content, Africa’s most popular form of entertainment. When I realised that Nollywood had no real, genuine presence online, I jumped on a plane from London to Lagos to delve a little deeper, and have been here ever since.

Can you also give us a brief overview of iROKO and its operations?

iROKO has offices in Lagos, London and New York. We have a consumer-facing app, irokotv. We also have recently launched an app, in conjunction with Canal called iroko , which is targeted solely at French Speaking Africa. We also have an extensive distribution arm of the company that distributes content to multi-channel networks such as YouTube, as well as partnerships to supply leading airlines with amazing Nollywood content. We have two TV channels on StarTimes in Africa and we also provide content to broadcasters around the world who are looking to source the best Nigerian movies and TV series. Through Rok-studios, we also co-produce, produce and finance homegrown content, including titles such as Single Ladies and Thy Will Be Done.

I understand that iROKO is one of the Africa’s leading technology companies. How would you describe Africa’s current technology climate?

It’s challenging, to say the very least. Start-up and operation costs in Nigeria especially are expensive, which can prove to be a hindrance for some companies. The sector has also been awash with copy-cat companies who have tried to simply replicate Western businesses in Africa. Most that have attempted this have failed. However, we’re seeing a few breakthrough companies really starting to shine - which is encouraging.

Netflix now has an African arm. How do you compete it?

They’re in the same market as us, for sure, but not necessarily as competition. They operate a totally different business model to iROKO, and their move into Africa has been an interesting one. However, whilst they cater for a broad audience, irokotv is very much the home of Nollywood - we have an unrivalled catalogue, so for the hardcore Nollywood fans, of which there are many millions, irokotv continues to be the first choice. Furthermore, we have built our app to cater for a predominantly African audience - we charge as little as $1.50 a month and we no longer stream content (we’re download only), making it far easier for our viewers to actually watch the content.

In recent years, how have you maintained your position against African-based competitors like DStv?

Again, it isn’t primarily a case of competition - like them, we want to make the most amazing content available to as wide an audience as possible. DStv are huge - their audience reach is seriously impressive and I’ve long been a voyeur of their work. And will no doubt continue to be for the foreseeable future.

Speaking of content, how do you decide what appears on iROKO?

We have an entire team dedicated to watching all the movies on the market and selecting only the best - maybe only even the top 5 percent or so. We’re known for showcasing quality content, so we have to make sure we keep standards high. There is also a list of directors and production houses iROKO works with on a frequent basis, as they continue to produce the films and TV series our viewers love. We also look at the data patterns of our viewers, to help inform our purchasing and commissioning decisions. We’ve had some real showstoppers - TV series like Jenifa’s Diary have been phenomenally popular, as has Husbands of Lagos.

iROKO operates in several countries. How do you conduct up-to-date research on varying audiences?

We spend a lot of time analysing data, but importantly, we never stop speaking to our customers - on Facebook / Twitter / Instagram, we’re always getting feedback. We also have a big customer service team based in Lagos, who speak to iroko customers from around the world, all the time. So we just make sure we never lose touch with our customers, and take their feedback (good and bad) on board.

Can you talk us through iROKO’s funding?

We were approached by Tiger Global back in 2010, after they read an article about our YouTube venture, NollywoodLove. They were impressed by the metrics and the potential growth opportunities of the audience we were building, and after the requisite due diligence and so forth, we closed our Series A round of $3 million. This allowed us to build out our own platform, irokotv, and move off of YouTube. We’ve since had investment from Kinnevik, RISE Capital and Canal, in total $40 million.

How do you obtain and retain your employees?

Like all companies, we seek out great talent - some of which comes our way through our networks, or people approaching us directly, but we also have to go through the usual recruitment processes as well. We have HR teams in London and Lagos who are always on the look-out for top tier talent. In terms of retention, we offer an awesome working environment, scope for personal & professional growth and other benefits. We still have members of the iroko family who’ve been with us since day one.

What is your relationship with movie producers?

We work with some of the industry’s best producers. Their creative output is essential to our business, so we keep good relationships with our producers. We now also produce a lot of our own content as well.

Are there any current iROKO projects that you’re excited about?

Yes - one or two are in the pipeline, but I’m unable to talk about them at the moment. Needless to say 2016 will probably be our biggest year yet.

What are iROKO’s plans for the next five years?

Content production is going to be core to everything we do - we expect to invest in and expand our wholly-owned content library quite considerably. We also want to ‘win Nigeria’ in terms of building out our customer base in the country. Since we’ve shifted to an Android-first, mobile-first, download-only model, we’ve seen our subscriber numbers grow in Nigeria fast. We anticipate faster growth as mobile data costs fall in price over the coming years. We’re working in still a relatively ‘new’ market, so there will be plenty of hurdles and challenges along the way - technology is undoubtedly going to shift in the next five years, so we are building out our engineering team as well, to ensure we are leading the way in this area as well.