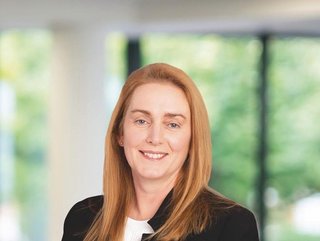 Taylor Wimpey names Jennie Daly as chief executive, making her the first female CEO of a major UK house-builder – a milestone for the industry

Jennie Daly has been named the new chief executive of Taylor Wimpey, making her the first female to lead a major UK housebuilder, marking a milestone for the British male-dominated house-building industry.

It also marks a milestone for the FTSE-listed Taylor Wimpey, which welcomes its first female CEO and becomes the third company in the FTSE 100 to have a female chief executive and a female chair, the latter occupied by former HSBC CEO Irene Dorner since 2020.

The company, which is the UK’s third biggest housebuilding, has been looking for a new chief executive since November, when long-time leader Pete Redfern announced that he would be leaving after 14 years.

Following a “thorough recruitment and selection process” which included a long list of industry and non-industry candidates, among them Crest Nicholson chief Peter Truscott and Barrett deputy chief Steven Boyes.

Daly, who has sat on the board as group operations director for the past four years, will take the hottest seat at the company in April, and will take the helm of a company that reported ending the 2021 financial year with an order book worth £2.5bn and had delivered “an excellent performance” in 2021.

With almost three decades of experience in house building and planning, including eight years at Taylor Wimpey, Daly has a wealth of experience in the housebuilding industry gained from senior roles at companies including Redrow and Westbury.

As Taylor Wimpey’s group operations director, she oversaw the company’s land, planning, design, technical, sustainability, production and supply chain functions, along with managing the company’s logistics business. Prior to that, she served as the firm’s UK land director and before that UK planning director.

She joined Taylor Wimpey eight years ago from Harrow Estates, part of Redrow, where she spent 12 years, beginning as strategic planning manager and rising to take the managing director role in 2009.

Described as having “extensive experience in the housebuilding sector” by Dorner, Daly has “demonstrated exceptional leadership and a razor-sharp operational focus” throughout her time at Taylor Wimpey. “Her strong focus on execution, combined with her customer and people-focused skills set her apart from the other candidates we were considering.”