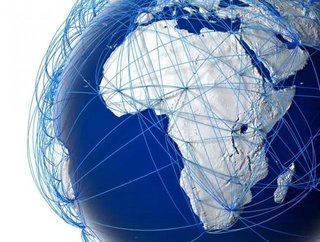 The Tripartite Free Trade Area (TFTA) sets up a framework of tariffs designed to facilitate the free movement of goods within the specified area; the pact could have an enormous impact for African economies.

The TFTA pact was signed in Egypt by the country’s President Abdel Fattah al-Sisi, President Robert Mugabe of Zimbabwe, Prime Minister Hailemariam Desalegn of Ethiopia and Mohamed Bilal, vice-president of Tanzania, at a summit in Sharm el-Sheikh, Egypt.

It has been suggested that, once created, the free trade zone could an economy ranking 13th in the world, based on GDP. Currently only 12 percent of Africa’s trade is between countries within the continent but this number will almost certainly increase under the agreement.

"The ultimate goal is to ensure easy movement of goods in these countries without duties," said Peter Kiguta, director-general of the East African Community.

Companies across the region, and even those just trading with it, could potentially reap huge benefits stemming from harmonised trade, which reduce the cost of doing business, chiefly though the elimination of overlapping trade rules which the new deal will render obsolete.

"What we have realised is that having one trade regime is better than the costly multiple trade regimes," said Comesa secretary-general Sindiso Ngwenya, who led the negotiations among the three blocs.

This trade deal could very well bring about a business revolution for local, continental and multinational businesses; it will do so with the endorsement from the UN which in 2013 said that the continent must focus on creating "more space for the private sector to play an active role."