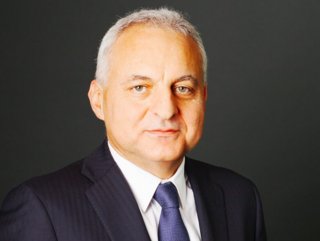 While former BP executive Tufan Erginbilgic has limited aerospace experience, he has extensive experience in improving the fortunes of multinational firms

Former BP executive and private equity partner Tufan Erginbilgic has been named the new chief executive officer of Rolls-Royce and will take up the role on January 1, 2023.

This follows the announcement earlier in the year by current CEO Warren East that he is retiring after seven years at the helm. East, 60, is credited with modernising the culture of Rolls-Royce, improving efficiency and productivity, and guiding the company back to profit in 2021 from its pandemic-driven losses. In 2020, the company announced it was to shed some 9,000 jobs.

Tufan, a dual Turkish and UK citizen, joins Rolls-Royce at a significant time, as the company continues to overcome one of the worst crises in its 116-year history and continues its energy transition.

The British aircraft engine maker, which has a long-standing focus on sustainability, is ramping up its research into a wide range of technologies including electric and hydrogen power. It has unveiled a new research programme on hydrogen propulsion technology that emits no carbon dioxide and is working to develop a fuel-efficient engine named UltraFan, which emits less-damaging pollutants.

Tufan, 62, believes Rolls-Royce “has the opportunity to take the whole business to low carbon” and it is this that excites him. “I am honoured to be joining Rolls-Royce at a time of significant commercial opportunity and strategic evolution as its customers embrace the energy transition.”

While Tufan has limited aerospace experience, he is no stranger to clean energy. As an executive for five years at BP, he spearheaded BP’s investments in electric vehicle charging and oversaw the firm’s massive growth in this field.

More crucially, he is a seasoned industry professional with extensive experience in improving the fortunes of multinational companies, one of the reasons for his appointment.

Describing Tufan as a proven leader of winning teams within multinational teams, Rolls-Royce chair Anita Frew said he had the ability to “drive a high-performance culture and deliver results for investors”.

She adds: “He has extensive strategic and operational experience and a firm understanding of safety-critical industries, including aerospace, as well as the challenges and commercial opportunities presented by the drive for low-carbon technologies.”

Tufan, who has a background in engineering, spent two decades with BP and is credited with turning around the oil giant’s refining and marketing division.

In his last role there, he led BP’s downstream business, which included refining, petrochemicals, service station network, lubricants, midstream operations, and the Air BP jet fuel operation. He expanded the oil major’s Service Station Network, adding thousands of petrol stations in developing economies, such as India and Mexico, and oversaw its growth in EV charging services.

Prior to BP, Tufan spent seven years with Mobil Oil, and he has also held several non-executive directorships in heavy industry and manufacturing firms, including at aerospace technology group GKN.

Tufan has a degree in Engineering from Istanbul Technical University, a Master’s in Economics from Ohio State University, and an MBA from Bogazici University.