Microsoft to create 100,000 jobs in Africa and Middle East 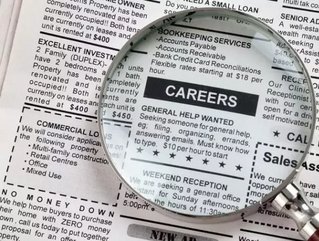 Microsoft has said that it is looking to create over 100,000 job opportunities and aims to reach over seven million people across the Middle East and Africa by the end of the year.

The tech-giant said that it will achieve this lofty goal through using its various employability platforms, and through leveraging partnerships with public and private sector organisations, as well as non-governmental organisations (NGOs).

Ali Faramawy, Microsoft Middle East and Africa’s corporate vice president said: “Unemployment in Africa and the Middle East is not a new issue, but its scope is growing with the youth bulge and economic downturn worldwide and we need to find new solutions to address this problem.”

Microsoft’s solution, in the form of its employability platforms, is in African markets which include Egypt, Morocco, Tunisia, Nigeria, Kenya, South Africa, Botswana, Algeria, and Ghana. It will expand to 21 countries across the Middle East and Africa (MEA) including Tanzania, Mozambique, Angola, Zimbabwe, and Mauritius.

Faramawy said: “Part of the unemployment problem is caused by a lack of economic opportunity as well as the fact that graduates from secondary and tertiary institutions lack the skills required by employers. But there is no shortage of determination and even in a country like Iraq that has been faced with some dire situations, our platform has helped put 30 000 youths into jobs in the past 14 months.”