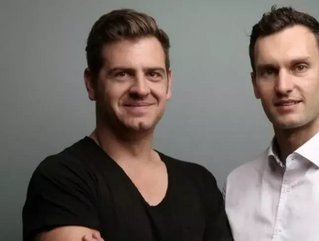 Life-long friends, ‘flip-flop wearing’ Mike Sharman and ‘bespoke suit wearing’ Murray Legg formed specialised online marketing agency, Retroviral in 2010 and we caught up with the two in this month’s ‘Who’s The Boss?’ feature:

Where were you educated?

ML: Murray and I both went to King Edward VII School. I then went to Rand Afrikaans University (RAU), now known as the University of Johannesburg, and Murray studied at the Pretoria University (undergraduate) and North West University (postgraduate).

Tell us about your career background and how you got to your current position?

MS: I really wanted to be an actor but my old man advised that I may not ever be able to secure a bond, or have medical aid, so I pursued my second passion – marketing.

After completing my degree I paid for myself to go to acting school in Hollywood where I lived for six months, learnt how to write material for standup comedy, wrote a one man show, returned to SA and performed the play at the Grahamstown Fringe Festival. I eventually landed a job in PR, won a fancy dress competition to go to London where I ended up working in PR / social media for two years. I then returned to SA to team up with Murray, my lifelong friend, to start Retroviral.

ML: I like to know how things work. I studied mechanical engineering before following a career in biomedical engineering. My passion for digital led me to backing my partner Mike in the early days of Retroviral, where I’ve since played a more strategic role. However, my heart is in, well, hearts. I'm currently commercialising a heart valve replacement for emerging markets.

Who were your main influences during your early career in getting to where you are today?

MS: My first bosses – Nicky James and Cian Mac Eochaidh, who are friends and entrepreneurial confidantes. They bootstrapped their own agency and showed me a more strategic approach to communications than I had been privy to previously. I’ve also enjoyed watching the rise of social media stars such as Zuckerberg and the Twitter team.

ML: My Dad has always been a guiding light, his mantras - "If you don't have anything nice to say, don't say it", "Women first" and "Do what's best for you and what's best for the group" are fantastic principles.

What does success mean to you?

MS: Success is a pretty intangible concept. I don’t have a desire to own a sports car or star in my own rap video, I see success as producing remarkable industry-shaping work that has a positive effect on my clients’ bottom line and excites consumers.

ML: Getting to a place in life where it's not just about you and your immediate family, rather living a life that inspires change in the world for the better.

MS: Running Twitter searches of the live campaigns we have and seeing the responses from people you don’t even know. That is my digital drug.

ML: Muhammad Ali said "The fight is won or lost away from witnesses, behind the lines, in the gym and out there on the road, long before the dance under the lights." Hard work and a feeling of pride in my work motivates me and leads to success.

If you were recommending Retroviral to someone who has never heard of the company before, how would you describe it, and what do you think sets it apart from similar businesses?

MS: We create branded content in an effort to make our clients’ brands the most important thing in consumers’ minds. We are obsessed with the internet and are at the coal face in terms of trends and what works and doesn’t, online. Our passion and love for what we do is a differentiator.

ML: Retroviral will bring an energy and enthusiasm to your message being sent out to a digital audience. Belief in a great story and its content will work time after time. If you are an A team brand, you need an A team agency. Retroviral is that team.

Working in such close partnership is perhaps not a situation that would work for every company, so could you talk us through the key elements that make your particular partnership work?

MS: Partnerships are never easy. Fortunately my partner is my best friend and we know what we’re good at, and we’re not arrogant enough to fight for something we don’t believe in.

ML: The best partnerships happen when opposites collide. Mike and I don't compete with each other, but fill each other's blind spots to make a great team.

What was the best piece of business advice you have ever received?

ML: Everyone has a great idea but it’s up to you to make it a game-changer.

What was the worst business advice you ever received?

MS: “Study accounting. You can do everything with an accounting base.”

ML: I think I argued them into sanity, so I can't remember.

What was the biggest mistake you ever made?

MS: A mistake actually aided one of our early campaigns and inadvertently led to great success for us. One of our first Nando’s campaigns in 2010 was a YouTube based piece of content that had been created by Black River FC. We published the video as unlisted as we were compiling some link tests. A journalist tweeted about the link shortly thereafter, and it had a cult-like status associated with it because it wasn’t publicly visible on the brand’s YouTube page. It started an online fire that was supported with our blogger seeding tactics. It was the first video that we saw in SA receive 100,000 organic views in less than a week. It was also picked up by expats in countries such as the UK and Australia. This resulted in our first award winning campaign.

What are your hopes and aspirations for the future of Retroviral?

ML: To keep delivering great content for brands, not just in SA but sub-Saharan Africa too.