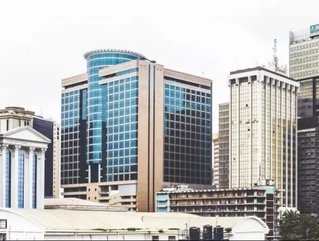 The Government of Nigeria has collaborated with the Digital Trade Network aiming to increase capacity for the nation’s digital economy participation.

The Nigerian Office for Trade Negotiations, Federal Ministry of Industry, Trade and Investment of the Government of Nigeria all partnered with the network.

The initiative will focus on both national and international participation in a digital economy, the Ministry revealed.

“As Africa’s largest economy with a rapidly growing services sector, we know that a focus on a digital Nigeria is a choice for the future, and that the regulatory and trade rules we adopt to do that have an important role to play,” stated Ambassador Chiedu Osakwe, Chief Trade Negotiator of Nigeria.

“We look forward to working with the Digital Trade Network and its global private sector network to take the best ideas from around the world to move us forward, faster.”

The partnership will initially target the effects of digital technology on business’ contributions to the economy, as well as national policies, financial inclusion, and reducing the “digital divide”.

“DTN is really honoured to work with Nigeria as it continues to lead from the front of African states leveraging digital technologies to create a better life for its people,” noted Nick Ashton-Hart, Geneva Representative of the Digital Trade Network.